Guest editors Josh Lepawsky and Max Liboiron present a series of short, open-source publications that look at the intersection of discards, diverse economies, and degrowth. They will query how different regimes of value and circulation can redefine waste, and how the material agencies of waste will shape future economies.

ince the last economic recession, discussions about how to reimagine ecologically and socially just economies have proliferated. A recent conversation at the 2015 American Association of Geographers Conference in Chicago focused on the role of waste, pollution, and other discarded materials that pose fundamental problems for economic production in these imaginaries. We are pleased to announce a series of short, open-source publications that look at the intersection of discards, diverse economies, and degrowth. They will query how different regimes of value and circulation can redefine waste, and how the material agencies of waste will shape future economies.

Lepwasky and Liboiron instigated this special Forum collection because of a need to bring three relatively new scholarly discussions together: degrowth, diverse economies, and discard studies. They offer an overview of terms and discussions, then make an argument for why the three discourses need one another. On one hand, organizing economic life so it is not premised on profit or increasing production, such as degrowth or even steady-states, would fundamentally challenge the conditions premising modern discards. On the other, discard studies already has robust empirical cases for looking at problems with “circular” economies and the material and social dangers of both “left over” and reused materials. One of the strengths of discard studies is its dedication to empirical case studies to test—and change—theories and assumptions. As such, this collection starts with the most theoretical pieces and moves to case-studies-in-practice, a methodology that must be central to studies and imaginaries of future lives for degrowth, diverse economies, and discards.

Max Liboiron, An Ethics of Surplus and the Right to Waste

One of the main reasons to bring degrowth and diverse economies into waste studies is that different regimes of valuation can redefine waste—that which is thrown away, devalued, discarded, and externalized. Max Liboiron uses the concept of dépense—excess and its expenditure– to explore other ways of valuing and even celebrating waste when growth-based practices of accumulation are changed. In particular, Liboiron looks at a different way to think of surplus and what that would mean for dépense within a normative relational framework of ethics and rights.

Ruth Lane’s empirical study of three electronic waste recovery facilities in Australia shows that diverse economies are already part of mainstream economic practices. Rather than arguing that recycling is a material example of “circular economies,” a concept that is already heavily critiqued in discard studies, Lane shows that while sections of the commodity chains created by and for the three facilities can be explained by profit and growth, several practices cannot be. In particular, she looks at how government subsides, policies, and programs create economic benefits that are not based on profit or growth.

Degrowth theorists highlight the importance of communities of practice; creating working alternatives to growth is central to the overall project of diverse economies. Erin Araujo’s work with El Cambalache (The Swap), a collective that shares and repairs donated items in San Cristobal de las Casas, Chiapas, Mexico, is an example of a degrowth economy in action. Araujo links the revaluation and repair of discarded materials to decolonization as a way to practice alternatives to singular ways of being and thinking that are based on growth, accumulation, and profit, which she argues is central to colonization and capitalization alike. The proliferation of alternatives to naturalized economic practices is central to both decolonization and degrowth. The work brings up the need to link both discard studies and degrowth to other social movements such as decolonization and feminism, as they share core premises of critiquing and expanding normalized value structures.

Ingrid Elísabet Feeney, Reimagining the New Industrial City: articulating an alternative ethos of waste and production through ‘closing the loop’

Ingrid Feeny provides another participant-observation of an alternative economy in practice. The Plant is designed to “close the loop” on urban food production in a South Chicago neighbourhood. A zero waste philosophy plays a central role in practices as by-products of one set of food production activities and even the renovation of the building itself are used as raw materials in another process—the material modus operandi of a closed loop economy. However, Feeny calls The Plant a “chimera of non‐instrumental economic practices including community economy, social economy, and social enterprise which attempt to transcend capitalism and yet exists within and alongside it.” How far can examples of degrowth inside of growth-based systems go? Can they be piecemeal, or incomplete, or compromised and still offer a viable economic politic? This final piece in the special collection leaves us with questions about what happens to politics and imaginaries where practice and theory meets, as essential set of questions for moving forward with the project of degrowth and diverse economies. 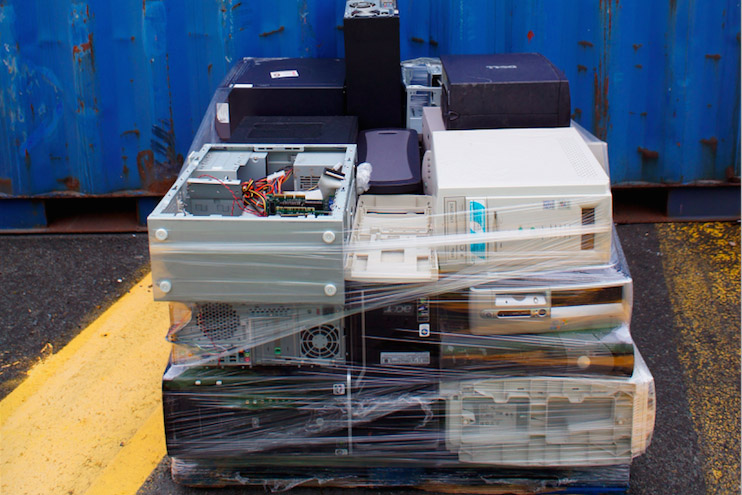 Discards studies and degrowth studies have the potential to build creative collaborations by expanding the concept of throughput. This contribution suggests a crossroads where these collaborations may occur and provides evidence of a moneyless economy based on exchanging discards as an example of a project already attempting to degrow through shifting the value of unwanted items. 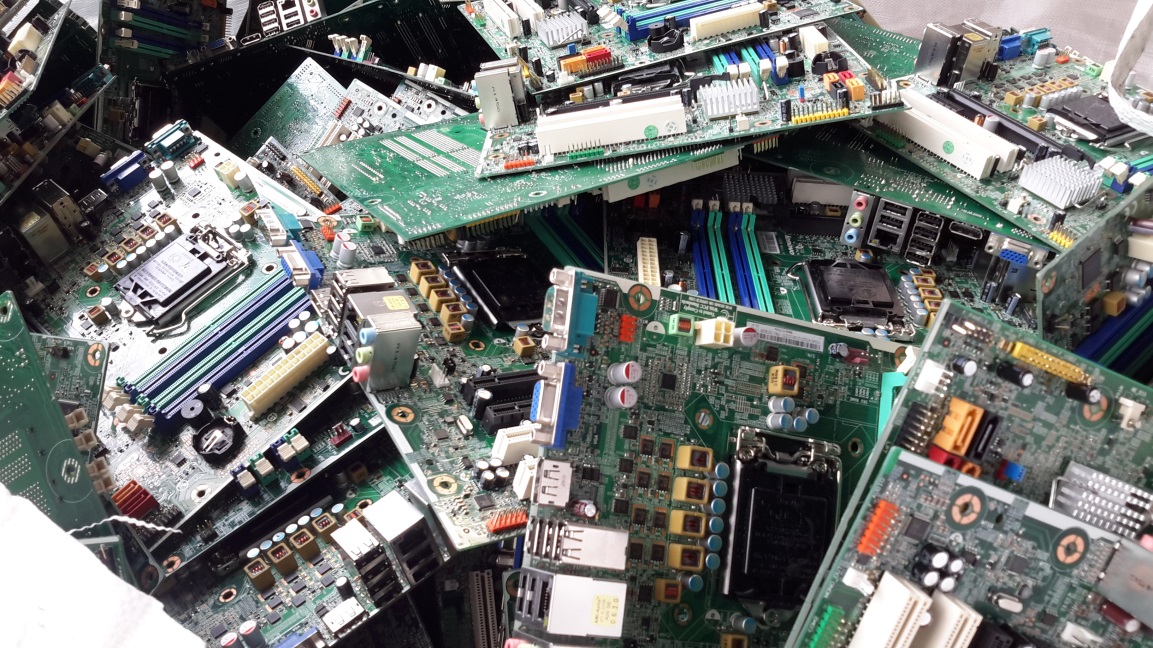 Who are urban miners, what work do they do and what motivates them? To make this task easier, I focus on used electronics and define urban mining as that part of the commodity chain covering their disposal by first owners through to either domestic reuse or recycling or exports of used products or materials. 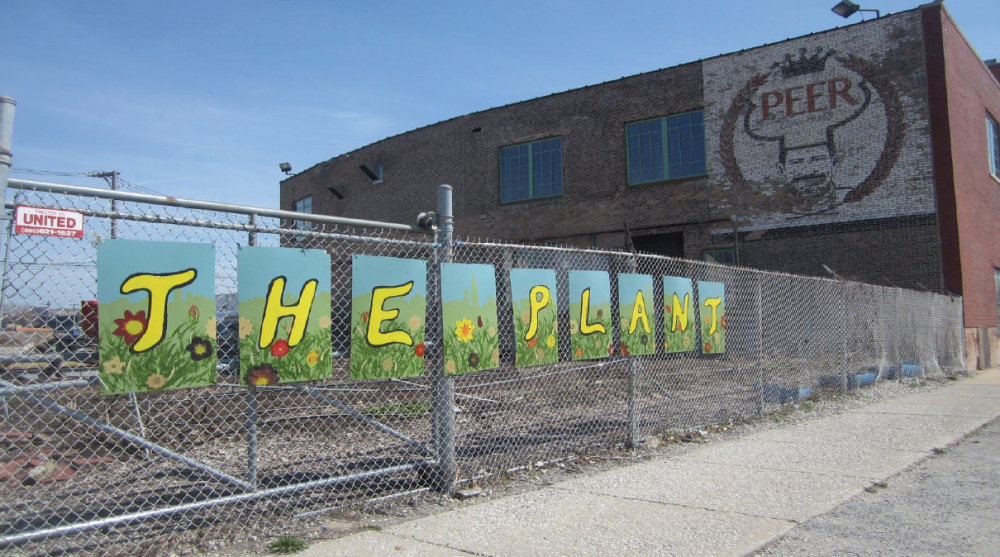 Lights blink erratically in the dimly-lit loading dock in seeming counterbeat to the spasmodic eruptions of a nearby jackhammer. My skin tingles, eyes itch, nostrils feel thick with fiberglass dust.