The essays collected here, edited by Lauren Martin and Martina Tazziol, gather current, ongoing research on EU hotspot processing centres’ implementation and each provides rich ethnographic detail to analyse hotspots from different angles. This diversity reveals not only the sophistication of research on political geographies of migration, but also the ways in which hotspot centres are reorganising the infrastructure, legal geographies, and politics of asylum and migration in Europe.

n May 2015, the European Commission issued its “Agenda on Migration” in response to what was already an urgent humanitarian situation in the Mediterranean. The Agenda was primarily concerned with the full implementation of the Dublin III Agreement in Italy and Greece, who were accused of letting migrants move on to central Europe without fingerprinting or receiving asylum claims. Italy and Greece, suffering from austerity budgets enforced by the EU, asked for “burden sharing” between southern Europe and its fellow members to the north. The solution was a relocation program prioritising relocation of Syrian, Eritrean and Somali asylum-seekers from Italy and Greece to other EU countries, but providing relocation places has been voluntary and meeting the target has been painfully slow. To shore up Italy and Greece’s enforcement of Dublin, the Agenda on Migration proposed a “hotspot approach” to registering people, processing asylum claims, and performing deportations. The hotspot approach was eerily reminiscient to past practices of detention, forced fingerprinting, and slow asylum processing times. While the idea of streamlined, expedited asylum processing has haunted European Union migration policy documents for some time, ‘hotspots’ were ill-defined FRONTEX-coordinated processing centres for arriving asylum-seekers until 2015. Approaching one year into hotspots’ implementation, researchers and journalists have provided important insights into what, where, and why the EU hotspot experiment seeks to manage migration.

Based on our previous experience with border enforcement, migration management, and immigration politics, our motivation for inviting this series of essays arose from some fundamental questions: Are hotspots built and institutionalised or mobile and temporary? Are they de facto detention centres or open accommodation facilities? Do hotspots serve as transit zones, channelling migrants to other facilities and repatriation? Are they long term residential or short term processing facilities? Are they closed or open? Who manages hotspot facilities and with what authority? Who provides care, infrastructure, and legal aid? Do hotspots institutionalise new governmental and socio-technical arrangements, or do they rebrand existing practices? How do their location on islands create additional layers of confinement and limitations to movement? What aspirations, visions, and rationalities do various state and non-state actors invest in hotspots, as places and as concepts?

Generally speaking, hotspots are processing centres, specifically aimed at enforcing Dublin Agreement and ‘streamlining’ asylum processing. The European Asylum Support Office (EASO), EU Judicial Cooperation Agency (Eurojust), and EU Border Agency (FRONTEX) work with national immigration agencies to screen asylum applicants, take their fingerprints, verify identity, and render asylum decisions in cooperation with national asylum law. As the essays show, they have sometimes worked like closed detention centres, and asylum officers routinely render asylum decisions on the basis of nationality, rather than individual circumstances. The hotspot approach is also an EU response to perceived refusal/inability to comply with the Dublin agreement, and so hotspots also enforce intergovernmental surveillance (Garelli and Tazzioli 2016). That is, the hotspot is also a model of intergovernmental cooperation and compliance, eliciting and requiring legibility between national and intergovernmental agencies. For Italian and Greek governments, hotspots both oversee and harmonise.

The essays collected here gather current, ongoing research on EU hotspot processing centres’ implementation and each provides rich ethnographic detail to analyse hotspots from different angles. This diversity reveals not only the sophistication of research on political geographies of migration, but also the ways in which hotspot centres are reorganising the infrastructure, legal geographies, and politics of asylum and migration in Europe. In this sense, these essays engage with the politics of asylum and migration globally, particularly debates around the reconfiguration of the spatialities of sovereignty, state power, biopolitics, law, and subjectivity. Last year, Environment and Planning D: Society and Space published a collection of this research as a virtual theme issue on “International Migration.” Those articles are still free and open to all, and this essay series extends that conversation, showing the continued importance of critique, ethnographic detail, and timely, and open source research on the politics of human mobility. 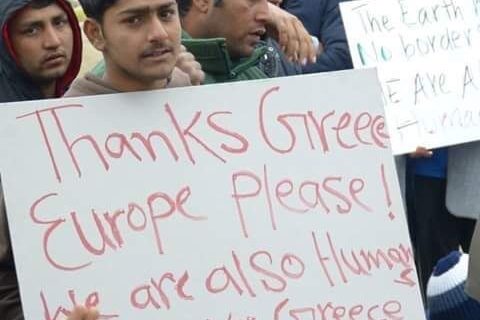 The Ferry As A Mobile Hotspot: Migrants At The Uneasy Borderlands Of Greece

The ferry, like the border itself, follows the people which have passed through it, into the interior of the national state and beyond. It defines who and how many people are going to take which ferry. It decided who will go to Athens and who to Kavala (a port in North Greece) and from there to the northern border at Idomeni. And, now more recently, the hotspot system decides who will stay on the islands and who will be ferried back to Turkey. 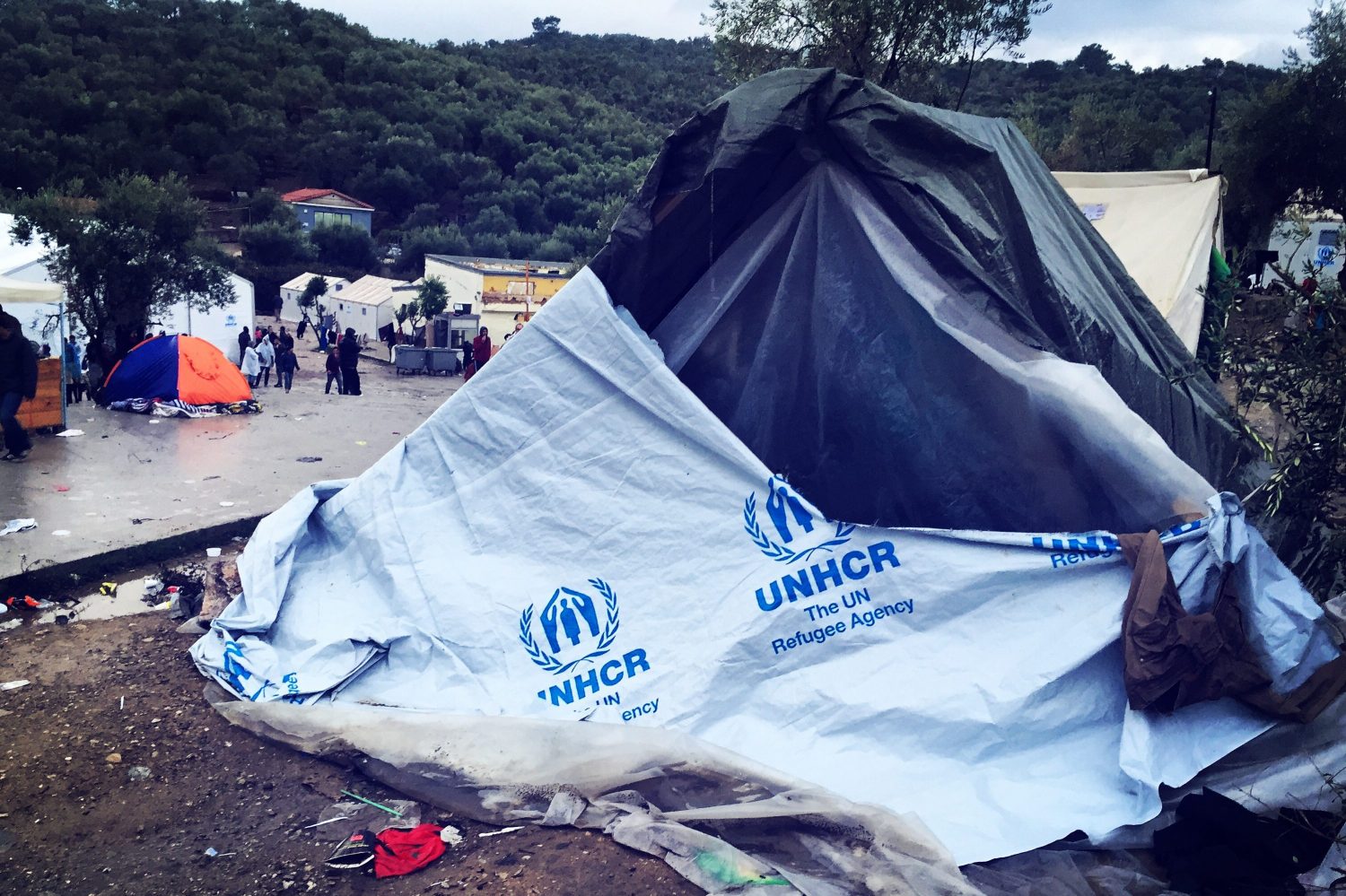 Hotspots And The Politics Of Humanitarian Control And Care

Hotspots are the European Union’s solution to "managing the undesirables" (Agier, 2011). As sites of humanitarian government they betray many of the same tensions Michel Agier identified in his critical study of refugee camps and the types of practices used to govern both the space of the camp and their residents. 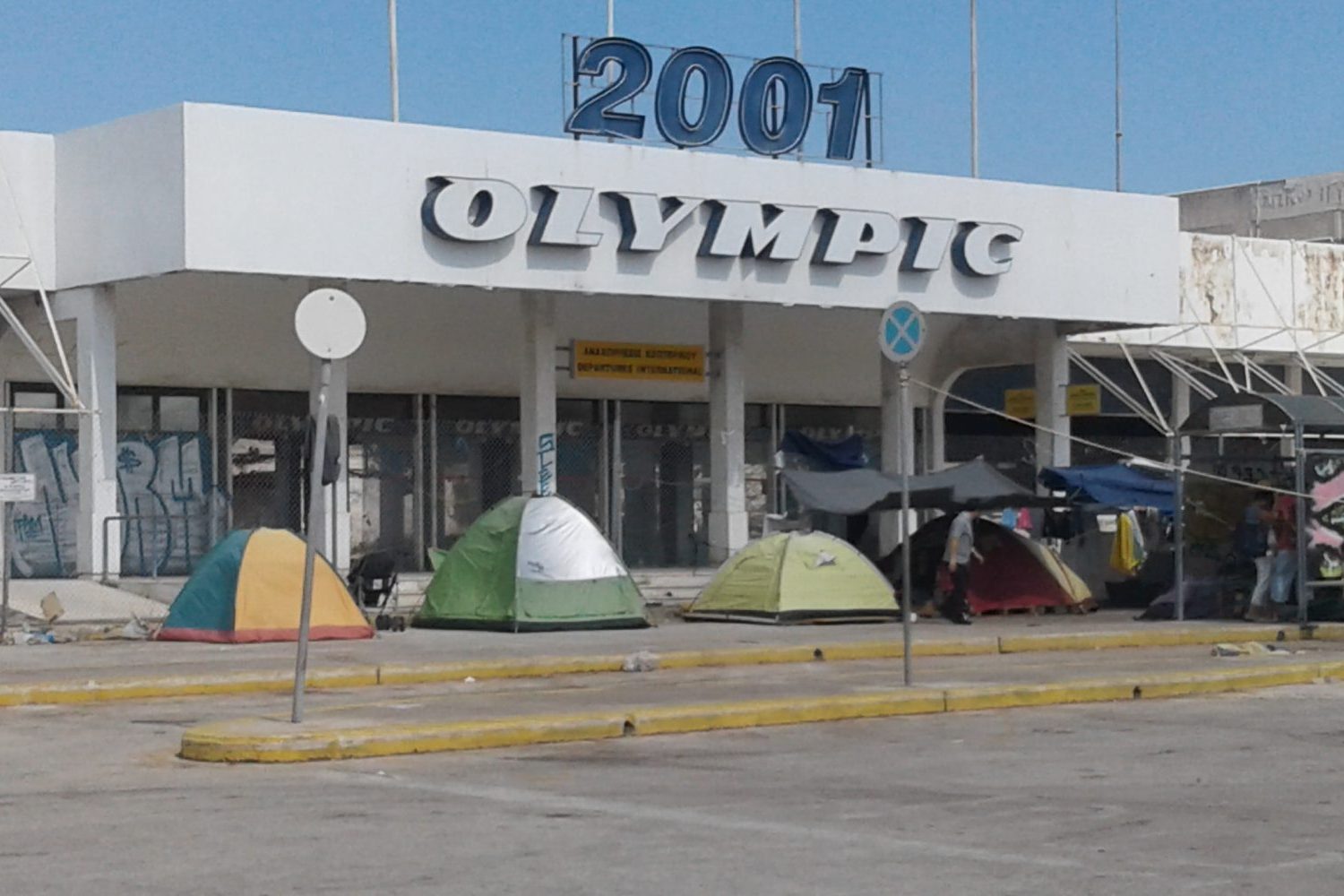 Identify, Label, And Divide: The Temporality Of Control And Temporal Borders In The Hotspots

A far less visible but determinant feature of the hotspot approach is the accelerated temporality of control, and I contend that this underpins its functioning and structures it in depth. Beyond the materialities of the infrastructures and the daily logistics of migration management, I take here the analytical angle of the temporality of control that is at stake in the official and unofficial hotspots, as well the temporal borders that set the pace of the exclusionary channels of the asylum. 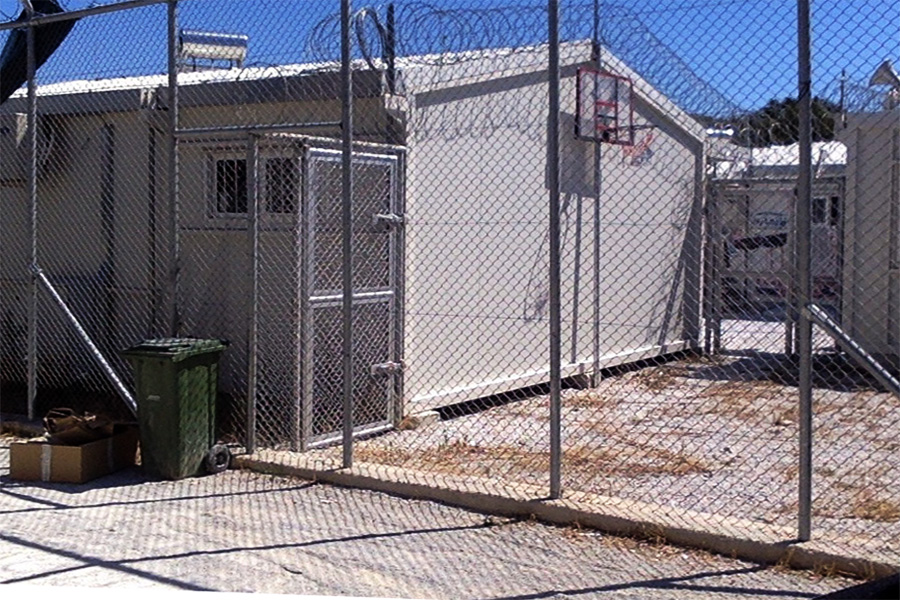 “Giving Form To Chaos”: The Futility Of Eu Border Management At Moria Hotspot In Lesvos

We argue that the hotspot is both a symbol of supreme state and supra-state sovereignty that manifests the increased securitization of borders, and a site where the limits of the EU management of mobility are crucially revealed. These limits are not only a matter of operational insufficiencies (malfunctioning bureaucracies, lack of material resources and personnel) commonly evoked by EU and Greek migration officials. We argue that these limits are entrenched in the enduring ill-treatment of border-crossers at the gates of Europe. 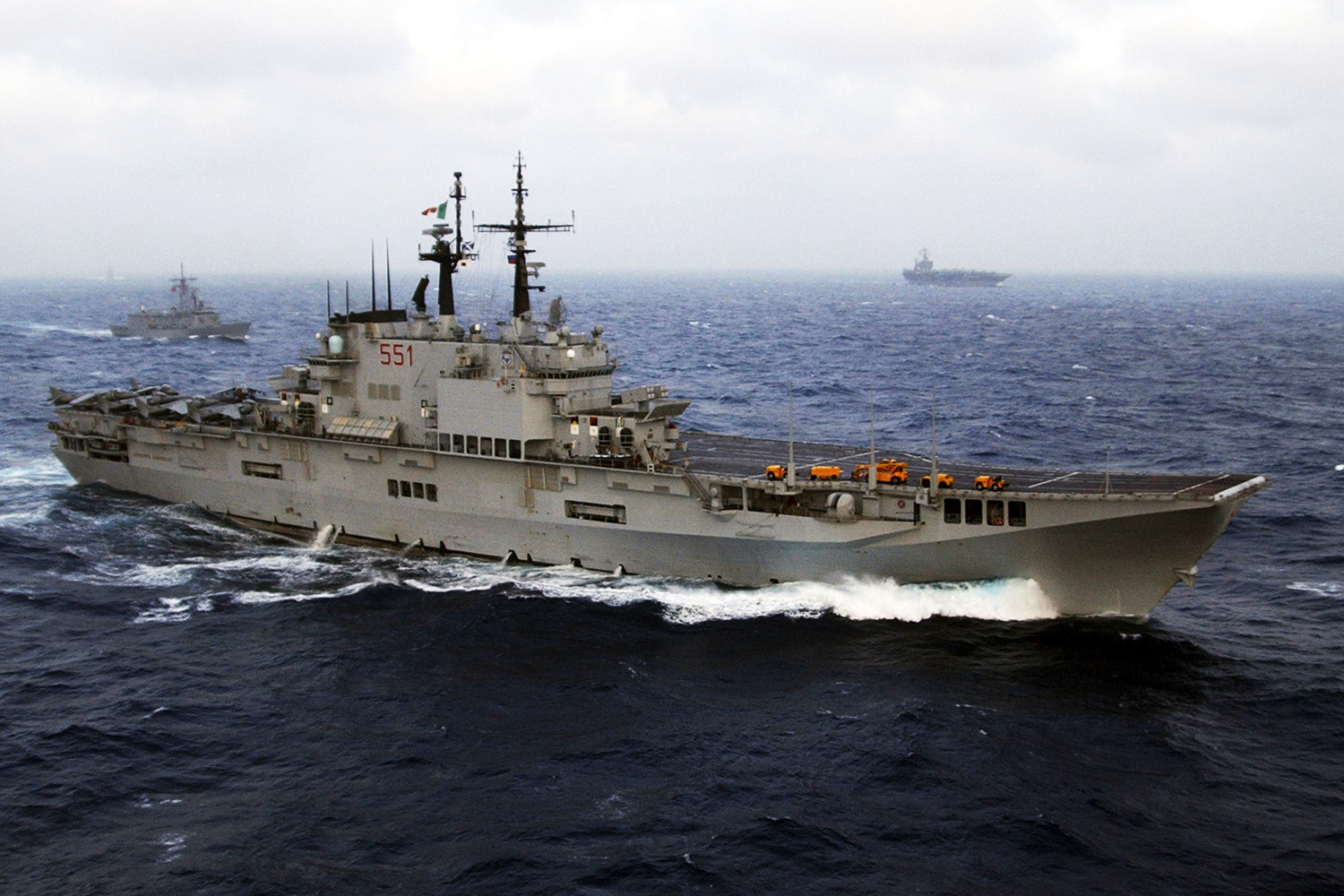 The Way To The Italian Hotspots. The Space Of The Sea Between Reception And Containment

Most of the people landing in an EU hotspot have long journeys behind them, during which they have met other, delocalized manifestations of the EU border, embodied by a variety of state and non-state actors. Here I will focus on the last leg of these journeys, the sea crossing, and, more specifically, on the sea crossing to Italy. Indeed, the sea and the hotspots have something in common which marks a difference between them and the other spaces of the delocalized EU border regime. 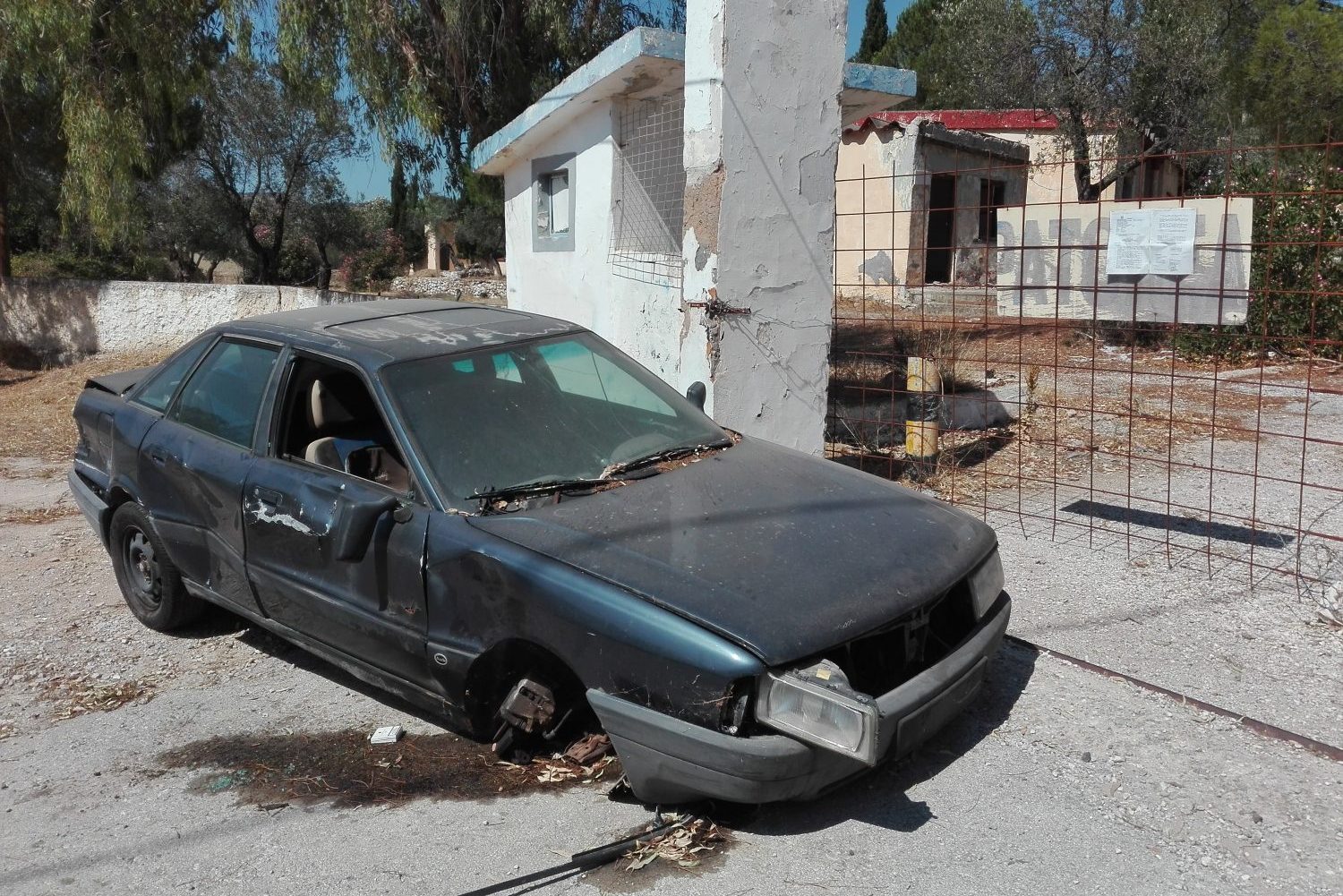 Flags Flying Up A Trial Mast: Reflections On The Hotspot Mechanism In Mytilene

In one sense the hotspot is, then, already here: it lies in the reception centres, the detention centres, the temporary camps, the mechanisms of registration, filtering, hosting and relocating the people arriving in the EU. But in another sense, the hotspot is a future excess of the sum of all those parts: a glimpse into the all-encompassing population filtering apparatus yet to come. 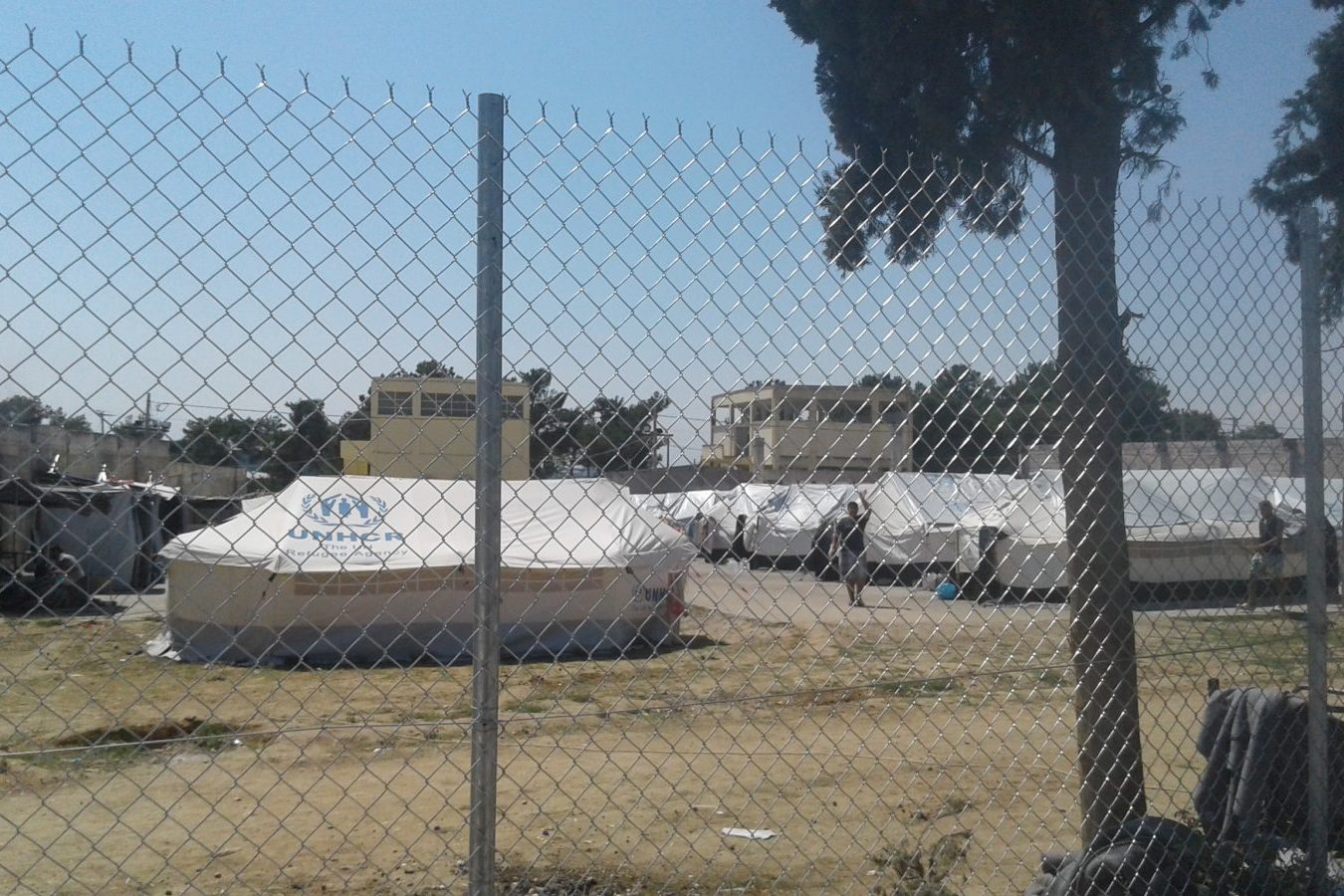 Beyond Detention: Spatial Strategies Of Dispersal And Channels Of Forced Transfer

In this piece we engage with the spatiality of hotspots in Italy, focusing on their implementation, moving the conversation past the letter of their governmental vision. To do this, we map three phenomena: first, the multiplication of their functions to include the redistribution of people on the mainland; second, the evolution of the illegalization of migrants performed through hotspots; third, the multiplication of informal hotspots on the Italian territory.