The US Carceral Society

Guest editor Mary Thomas presents this forum, convened to contribute to the growing body of critical commentary on this range of injustices, which offers insights from an interdisciplinary group of scholars whose work examines various aspects of US carceral society.

o its critics, the US justice system is anything but just. A look at the numbers of people ensnared in the vast reach of the carceral society illustrates the horrifying scale of its impacts on lives in the US, particularly for people of color. One in 34 adults in the United States was under correctional supervision in 2011. At 6.98 million people, the US Bureau of Justice Statistics reports that 2.9 percent of the adult population was in prison, jail, or on probation or parole. This the lowest rate reported since 2000, largely due to a decline in the number of people on probation. The US prison population rightly gathers the most attention by those concerned about the sharp growth in the number of people held captive by the state. Yet the carceral state extends a shocking reach on very large numbers of people under “correctional” supervision, which far surpasses the 1 in 107 US Americans held in local jails and state and federal prisons in 2011 (2,240,000 people).

The states with the highest incarceration rates in 2012 were Louisiana, Mississippi, Alabama, Oklahoma, and Texas (however, this ranking includes only state prison populations, not local or county jails), with Maine, Minnesota, and Rhode Island falling at the bottom of the list. The spread of Southern-style discipline – which some say is behind the punitive shift nationwide in US carceral politics – seems firmly in place (see for example, Perkinson, 2010).

We also need to take care when looking at data on US incarceration rates. Some data include only state and federal prisons, not local, tribal, and county lockups or immigration detainees, and certainly youth are not reflected in these numbers unless they have been charged and sentenced as adults and then placed in adult facilities. Thus, the number of Americans in state and federal prisons at yearend 2012, 1,571,013, is a far lower number than that including juvenile detention, those held while awaiting deportation or asylum hearings, and those in the numerous local and county jails across the country.

The National Center for Juvenile Justice (NCJJ) estimates that 79,165 youth (13 percent female) were held on a given date in 2010 (February 24).  Their report Juveniles in Residential Placement, 2010, explains the difficulty in assembling data on juvenile detention, given the wide variety of facilities that hold youth, from mandated drug treatment placement to group foster homes (some of which are lockdown) to myriad mental health and private facilities.  While there is cause for optimism regarding US juvenile detention, given that the numbers of juveniles in detention have fallen substantially since 1997, there is a disturbing inconsistency among states and localities, with some jurisdictions committing youth for status offenses at high rates, while others commit virtually no youth for status offenses (see the NCJJ report linked above, page 10).  The most alarming aspect of juvenile justice remains its gross racial disparity, with 6 in 10 juveniles in placement being minority youth (page 12).

As Marie Gottschalk argues in The Prison and the Gallows: The Politics of Mass Incarceration in America (2006), “Penal policies and institutions are formed not from a single factor, but instead by a whole range of converging forces” (page 2). The US carceral state expanded rapidly over the past 30 to 40 years, fueled by the use of law and order issues by politicians, the shifts in public opinion for enforcing vengeful and retributive penal policy, the passage of minimum sentencing requirements and three strikes rules, the declaration of a “war on drugs”, the growth in capital punishment, and the emergence of the prison industrial complex (see Gottschalk, 2006; Gilmore 2007).  This expansion has notoriously had a disproportionate effect on people of color and those living in poverty.  The lifetime likelihood of imprisonment for men overall is 1 in 9, but for black men it is 1 in 3 and for Hispanic men it is 1 in 6 (see The Sentencing Project; also Alexander, 2010).  White men, in contrast, experience a lifetime likelihood of imprisonment in 1 in 17 cases.  Women’s incarceration numbers shows a 646% growth between 1980 and 2010, which is 1.5 times the rate of men (again according to a report by The Sentencing Project).

This forum, convened to contribute to the growing body of critical commentary on this range of injustices, offers insights from an interdisciplinary group of scholars whose work examines various aspects of US carceral society. Tanya Erzen’s contribution to the forum draws out the role of the conservative Right and the influence on the Christian Right on prison “reform” in recent times. While the US has the highest rate of incarceration in the world, the imprisonment rate has tapered off in recent times, due not just to sentencing reforms but also to fiscal austerity and the concerns of a wide range of politicians that prison budgets have grown far too large. In this context, some Conservatives suggest that Christianity can bring a “heart change” to criminals, doing more than states could ever do to reduce recidivism and the size of the prison population.

The largest reduction in state prison populations resulted from California’s Public Safety Realignment policy; it alone accounted for 51 percent of the overall reduction in the US state prison population, according to the BJS.  However, the federal prison population continues to grow, and the influence of the carceral state has extended to the rapid growth in detention of undocumented migrants and asylum-seekers.  Indeed, as the essay by Mathew Coleman and Angela Stuesse shows, the relationship between “local” law officials and the US Immigration and Customs Enforcement (ICE, a part of the Department of Homeland Security) has become so intimate that there is precious distinction anymore.  Alison Mountz’s essay similarly shows the extensive geographic reach of the carceral society, with the US exploiting its island territories (Guam and Saipan) in order to both incorporate aspects of detention policy but also to use jurisdiction games to restrict rights and to capitalize on isolation to restrict access to the “homeland”, presumably the continental US.

Lisa Guenther’s contribution provides a phenomenology of the imprisoned experience, discussing the holes of oblivion that trap the young, poor, and racialized. Focusing on the recent hunger strikes in California, Guenther’s haunting words detail the ways in which solitary confinement—which she notes is systematically and horrifically dehumanizing and torturous—has become the quotidian mode of prison discipline in California and elsewhere.  (See also the documentary film on solitary confinement made by University of Toronto’s Brett Story, Alone Inside.)  Karen Morin’s essay likewise draws out the intimate relation between prison spatiality and the violence it brings by design.  Prison architecture reflects changing attitudes about the philosophies of punishment.  The spatialities of prisons, she suggests, mold the dynamics and possibilities of prison social relations.  Mary Thomas assembled the voices of three young women for the forum, all detained in a youth correctional facility.  Their stories illustrate the pain of violence, of incarceration, and their desires for life on the outs. The incarcerated are more than numbers, and these voices are meant to remind us of the suffering in prisons, but also how prisoners seek to make meaning from the time they are given.

The California Shu And The End Of The World

I want to reflect on the impact of extreme isolation on the status of the prisoner, not just as a relational being but also as a discursive one, as someone who speaks, listens, and – ideally, at least – is heard by others who listen and respond to her in a meaningful way. This is what it means to share a world: not just the co-habitation of planet earth, but a sharing of meaning with others, and a co-constitution of the material and symbolic context for meaning. 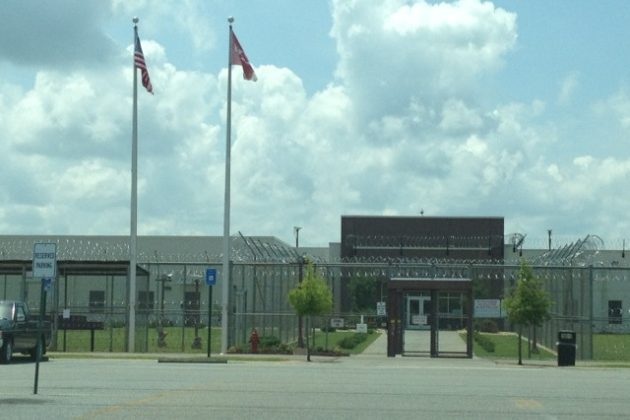 What is most troubling about the current constellation of immigrant incarceration is that the system now depends upon the cycling of suspected immigration violators through local lock ups (mostly county facilities) so that local and state law enforcement agencies can ask individuals about their immigration status. We wish to point out three important features of this local cycling process. 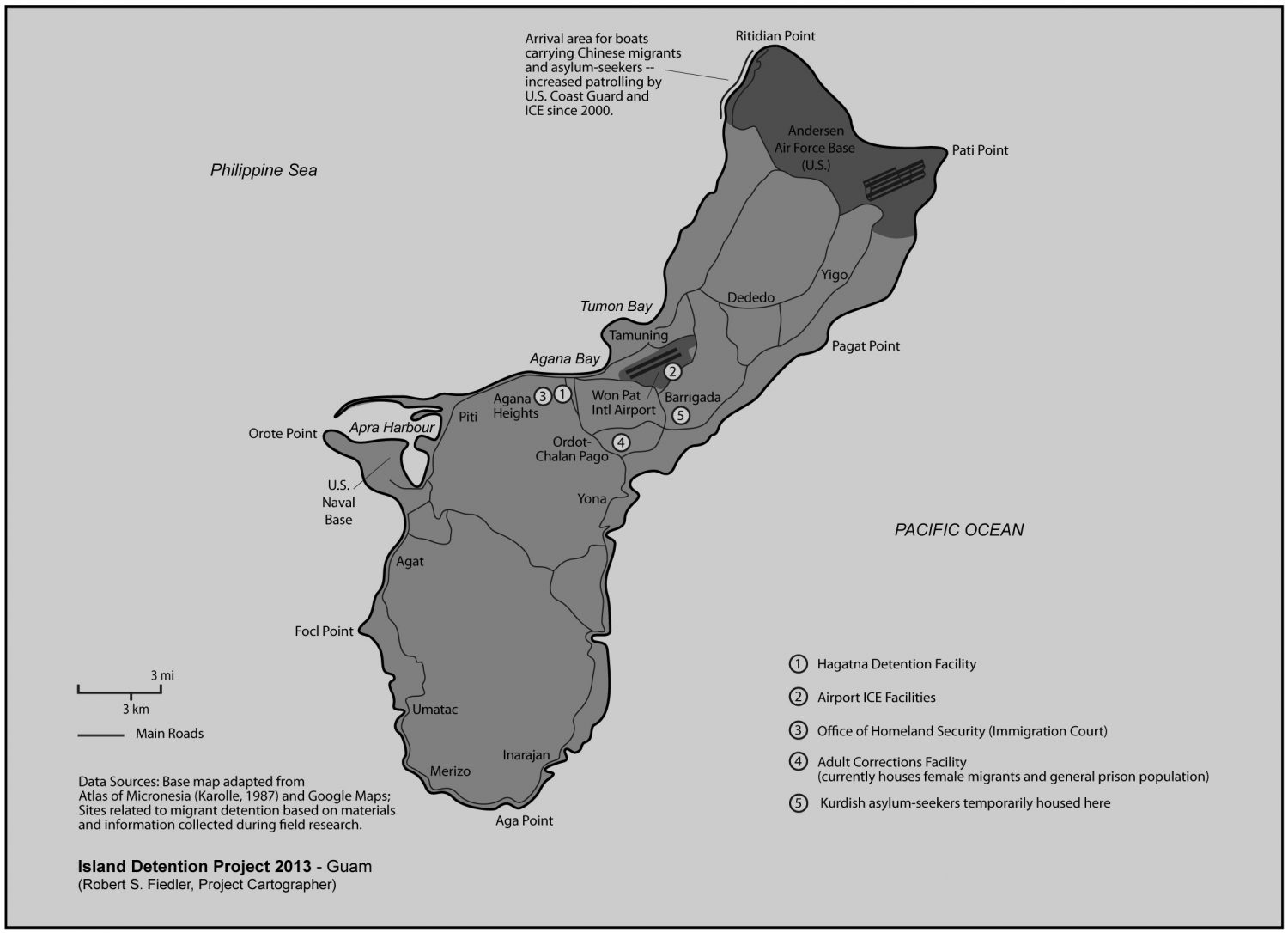 Carceral Society On Guam And Saipan: Us Territorial Struggles Over Asylum, Entry, And Exclusion In The Margins

Detainees are being transferred from Guam to Saipan as a way to restrict access to asylum, effectively shifting the border from island to island across the region. This reconfigured carceral landscape has not been without controversy and power struggles over resources among governing bodies on the islands.

Heart Change And The Conservative Zeal For Prison Reform

What is the faith-based interest in the prison? Merely as a mission field, a captive population for evangelization? As part of a charitable impulse to enact the biblical injunction, “I was in prison and you visited me?” An opportunity to create a theology of liberation and social justice that works to abolish the prison regime? A desire to provide social services to those most in need of them?

The three young women whose stories are below were all recently in a state correctional facility for juveniles adjudicated delinquent. They have all since been released from the facility. 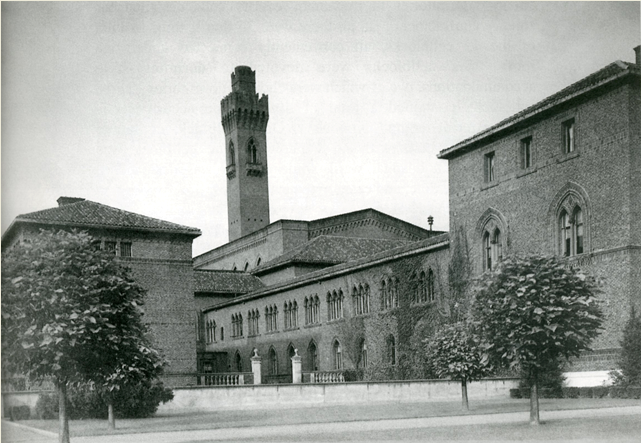 Methods of prison control dominating American corrections today have the adverse, and perverse, effect of increasing levels of fear, terror, and ultimately violence in prisons – with stabbings, beatings, and other types of assaults becoming more and more common occurrences, and sentences for the accused lengthened. Simply put, prisons and jails are violent places, and rather than stem violence, they tend to reproduce and even provoke it.