s a teacher or communicator of science, I see my role primarily as making a seemingly intangible idea tangible. My lectures and workshops are not only designed to help my students and my audience relate to topics such as particle physics or nanotechnology, but to help me relate, too. When coming across the figure of 400ppm, I was struck by how difficult this was. 400ppm – what is one supposed to do with this figure? Tellingly, it is not only the mediators and audiences of science, but the scientists themselves that are struggling. Philosopher and chemist Isabelle Stengers describes our disorientation in the face of climate science ‘a bit like we are suspended between two histories’: the familiar one of global growth and progress, and the intangible one that we have embarked upon, but don’t yet know how to respond to (2012, pages 9, 21). All we know is that the problem will not go away by itself.

In a sense, the figure of 400ppm, and by extension climate change, can be seen as a reminder that we, as a society, not only lead a cultural, but also a material existence. For an increasing number of scientists and social scientists, it has become an imperative that this material existence is culturally communicated and worked into our political solutions. On the science side, French astrophysicist François Roddier (2012) exemplifies this trend. Some may find Roddier’s painstaking analysis of human societies in terms of thermodynamics over-deterministic, but his point that we, as complex, dissipative structures, seek to maximise our energy dissipation (or in other words, maximize our entropy production) in our social organisation, begs closer examination. Social scientists will be familiar with similar arguments in this vein (‘humans as matter’) through the work of Manuel De Landa (1997) and Prigogine & Stengers (1984). Like these authors, Roddier does not actually say: we are matter, therefore this will happen in the future. Instead he argues that, because we are matter, we are predisposed towards certain behaviours. In order for us to understand the predicament we are in and act accordingly, we need to find out as much as possible aboutthis aspect of our existence and take it into consideration. In terms of human self-determination, Roddier comes across as more optimistic than De Landa in A thousand years of nonlinear history: his book concludes with a call to collective action, since we, as individuals, are not in a position to make changes that will be significant enough.

On the humanities side, Isabelle Stengers, no stranger to thermodynamics herself, returns to the question of collectivities in her book Au temps des catastrophes (In the Age of Catastrophes). After spending decades with scientists, law-makers and politicians, she is convinced that ‘those in charge’ are not going to make the necessary changes other than in a cosmetic and therefore useless way. In short, the planet is indifferent, our elites are indifferent: the rest of us need to do something to avoid an ‘infernal’ new world governed by private interests and ‘carelessness’ towards the other. Like Roddier, Stengers does not want us to simply rely on our capacity to self-organise when things turn bad, but to experiment with alternative systems in advance of ‘barbarism’ (both Stengers and Roddier are ‘objecteurs de croissance’, objectors to growth – a pun on ‘conscientious objectors’ and, for Stengers, an affiliation for those who find the word ‘degrowth’ too depressing). At the same time, she points out the risks of this undertaking: publics, she writes, need to be thought of as a ‘pharmakon’ – the Greek word that implies ‘medicine’ as well as ‘poison’. In its poisonous form, public action takes on fascist characteristics; in its remedial form, it leads to benevolent collaboration. Stengers warns that we must not be naïve both about the latent toxicity of concerted counter-action and the hostility of the current environment in which potential experiments will take place.

These are just two examples of works that grapple with the question of how to bring forth a new world against the futile attempts to discipline or ‘improve’ the ‘old’ one. The scientific graphs and figures we are presented with daily should be read as a proposition that this new world also necessitates a new understanding of the human and human-matter relationships in order to create a less self-destructive, ‘human-scale’ politics. Here, the natural and human sciences could have plenty of notes to compare, but this is often prevented by suspicions about one another’s world view. It is good to see that in some areas, like that of the Décroissance movement, a dialogue is beginning to take place, so that, hopefully, ‘400ppm’ (and perhaps also its lack of media presence) does not have to remain a signifier of impossible change.

Prigogine I, I Stengers 1984 Order Out of Chaos: Man’s new dialogue with nature. New York: Bantham. 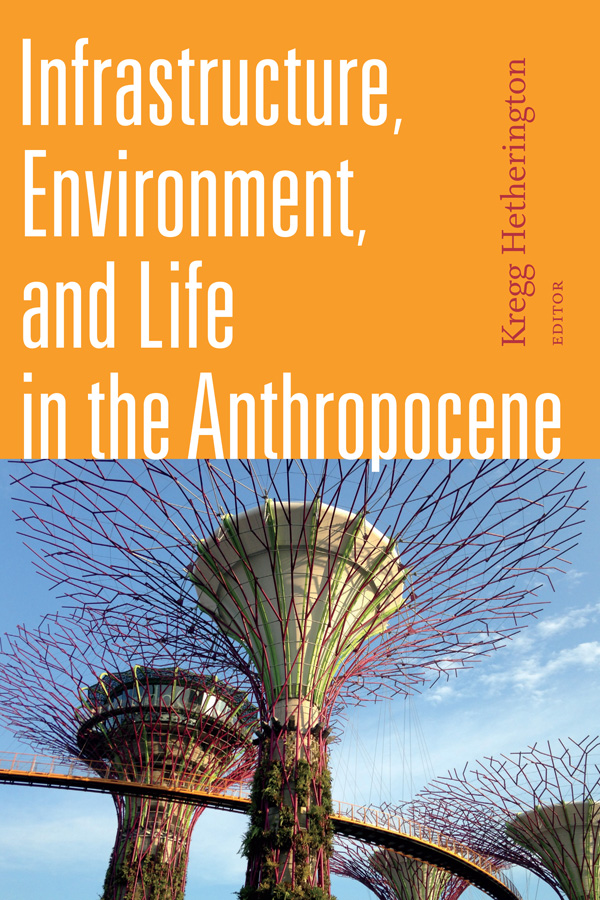 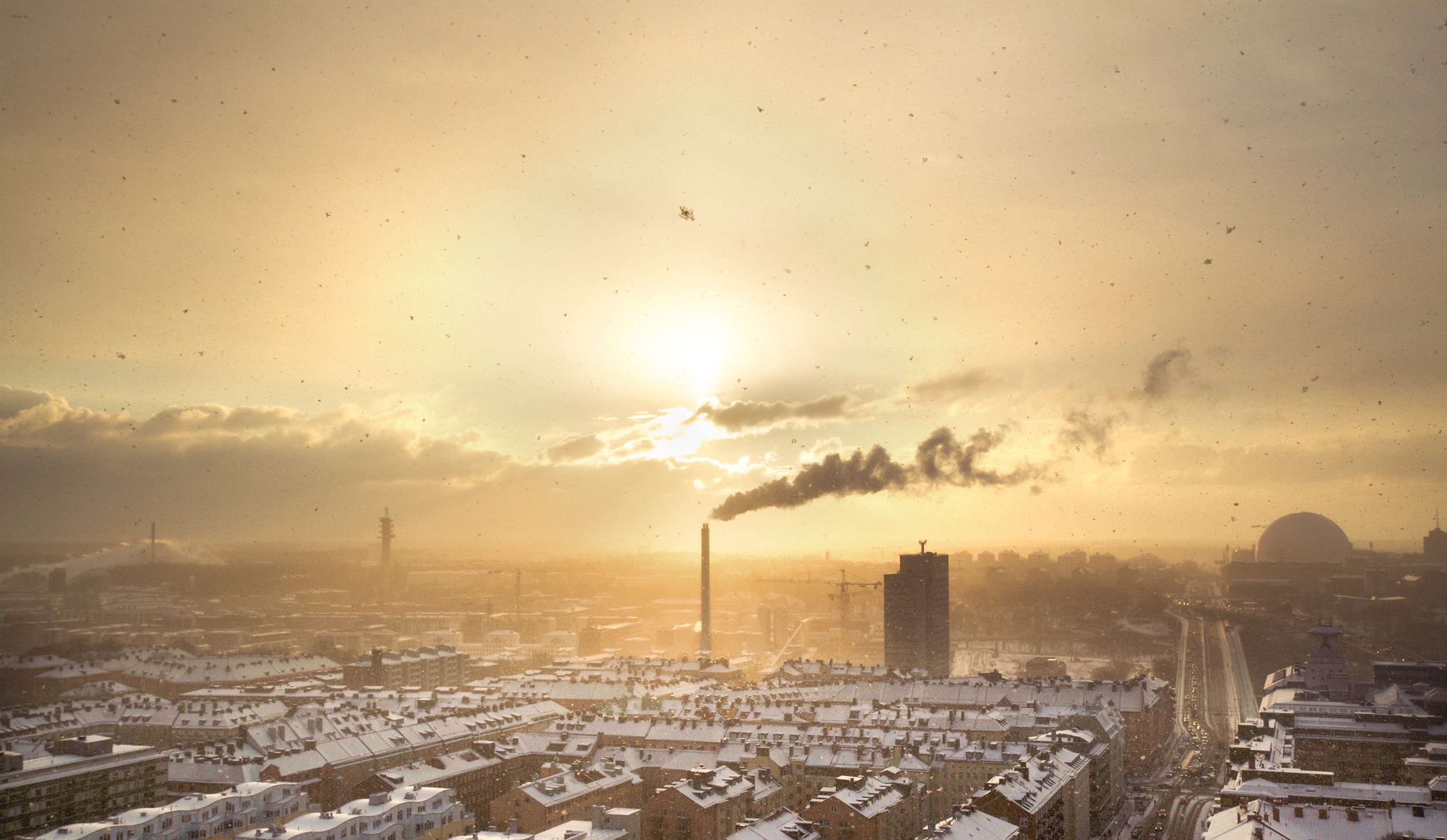 Scientists from Santiago travel thousands of miles to the dusty Atacameñan desert community of Camar to tout hydraulic recharge models that predict restoration of a freshwater aquifer by 2600. Others pontificate on the validity of using CropSyst, a model developed by wheat researchers in eastern Washington, for understanding the impacts of water use on fragile, perennial vegetation. 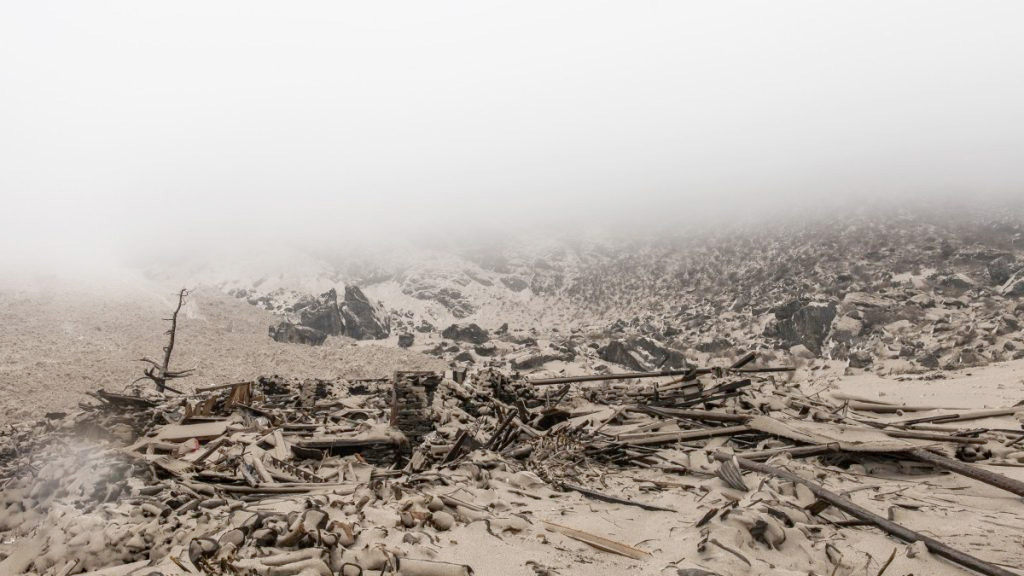 Illegible infrastructures: Road building and the making of state-spaces in the Colombian Amazon

In this paper, I draw attention to the ever conflicting and contingent nature of infrastructure building through an ethnographic account of the land conflicts present in an ongoing road project in the Colombian region of Putumayo.

Caribbean futures in the offshore Anthropocene: Debt, disaster, and duration

The devastating impacts of Hurricanes Irma and Maria across the Caribbean (especially in Barbuda, Dominica, Puerto Rico, St Martin/St Maarten, and parts of the British and US Virgin Islands) are haunting harbingers of a world of climate disaster, halting recovery, and impossible futures.