No need to interpret, only to unfold, to increase the surface area of experience. By staying close to the surface of an event, I hope to trace a connection between the event’s material history, the event itself, me, and you.Laura Marks (2002), Touch: Sensuous Theory and Multisensory Media. Minneapolis/London: University of Minnesota Press, p. XI

These pictures derive from being alive while doing routine actions, feeling empathy with map users as well as with cartographic objects, capturing the tensions of bodies and visual objects/devices and grasping the ‘what-it-is-ness’ of ordinary mapping experiences and cartographic materialities.

This photo essay is an invitation to practise a non-representational cartography that goes beyond the critical impulse of scratching maps' surfaces to reach their hidden ideological meaning....

At a time when maps are increasingly encountered through digital interfaces, an interest in the tangibility of cartography might be seen as an expression of nostalgia or a sense of loss. Ultimately, concrete paper maps have been replaced by fleeting digital maps.

Paradoxically, however, we now touch maps more than ever. Ubiquitous computing, handheld devices and touchscreen interfaces affect our tactile relationship with everyday mapping.

New sets of hand gestures and body pragmatics involving the singular subject or interacting people are at the core of a cartographic digital materialism. Additionally, this new cartographic environment stimulates a reconsideration of the haptic within cartography as a whole.

Open-air relief maps typically displayed in city centres have often been created for visually impaired people. However, the new 'taste' for 3D digital mapping among the general public appears to have fed a new interest in concrete-relief mapping.

The huge development of digital elevation modelling and a widespread taste for 3D imagery has curiously led to a revival of concrete relief maps and 3D cartographic objects.

Mapping practices are also haptic because they imply kinesthesis (the body's moving through and being in contact with the environment). Bodies simultaneously enter maps and spaces by enacting and navigating them.

When we approach this 'touch-screen generation', the role of manuality and the 'thinking-hand' in cartography must be creatively reconsidered in conjunction with, rather than in opposition to, digital mapping.

Regarding the tactile dimension of maps, we can observe that all maps are objects characterised by specific geometry, surface, materiality, location and temperature.

Even most traditional map objects, such as city plans, continually change their skin.

Solicited by the digital transition and the new pervasiveness of cartography, the map-inspired design is gaining momentum, with 'cartifacts' (i.e. maps that are produced on a carrier not directly associated with cartography) proliferating in indoor and outdoor environments. Map-designed objects may be less or more body-centred (ranging from furniture decorated with maps to maps featuring on intimate items of clothing), but they always explicitly imply a ‘more-than-optical’ relationship with cartographic or map-like images.

The more-than-optical, tactile relationship between cartographic objects and humans leaves traces: as non-human subjects, maps give back their experience of being touched.

A multi-sensory approach to maps also leads to consideration of their physical spatialities. Maps live in particular material sites, and are encountered (read, looked at, passed by, passively or actively touched, manipulated, made, felt, shared and so on) through particular spatial contingencies and atmospheres.

Pervasive cartography on handheld devices (and, in the future, on wearable computing devices) has not caused the complete dismission of more traditional outdoor cartographic objects, such as the ‘you-are-here’ map. On the contrary, as in many other cases of 'remediation', the ‘you-are-here’ map is experiencing a revival and a further development through, or in connection with, digital interfaces.

Skin, touch, hapticity, surface and interface are important notions within both present and past cartography.

The map is an image that requires some body pragmatics par excellence: It is an image that needs methodological pluralism and creativity to be understood and researched in its material and sensorial dimension.

This photo essay accompanies the article entitled ‘The skin of the map: Viewing cartography through tactile empathy’ (forthcoming).  Within the existing body of geographical work on touch, as well as within the emerging field of ‘haptic media studies’, cartography has not yet been specifically considered. However, touch is one of the multiple under-researched angles from which the changing nature of cartographic research could be further renewed. Moving beyond a technical examination of special tactile map products, the journal article explores the tactile, haptic and surficial qualities of everyday cartographic experiences in digital, non-digital and mixed formats. Some personal ‘map stories’ generate a possible agenda for the study of haptic cartographies, which includes: representations of cartographic tactility; 3D sensations; cartographic surfaces; the spatialities of maps; gestures, or maps as a touch space; the life of cartographic objects.

I propose touch as an alternative way for us to approach a form of representation, the map, which has been predominantly subject to representationalism and power-related, symbolic interpretation. Since touch defies the stability of representation and politics, the tactile lens could suggest more paths for rethinking maps within a post-critical cartographic realm. Drawing from sensory ethnography as well as from neuroscientific literature on tactile empathy, I suggest that the appreciation of the tactile/haptic dimension of cartographic objects and mapping practices could be profitably conveyed through visual materials. This photo essay, which expands the visual material of the journal article, provides an initial review of the possible ways in which maps could be simultaneously felt and researched haptically. It is an invitation to rest on map surfaces, and to appreciate their textures through an aesthetic-sensuous approach.

Our world’s recent events seem to be bringing some of those ‘sets of social relations’ into the open to be reckoned with. It follows, then, that we must continue to reckon with the influences maps will exert in this process. 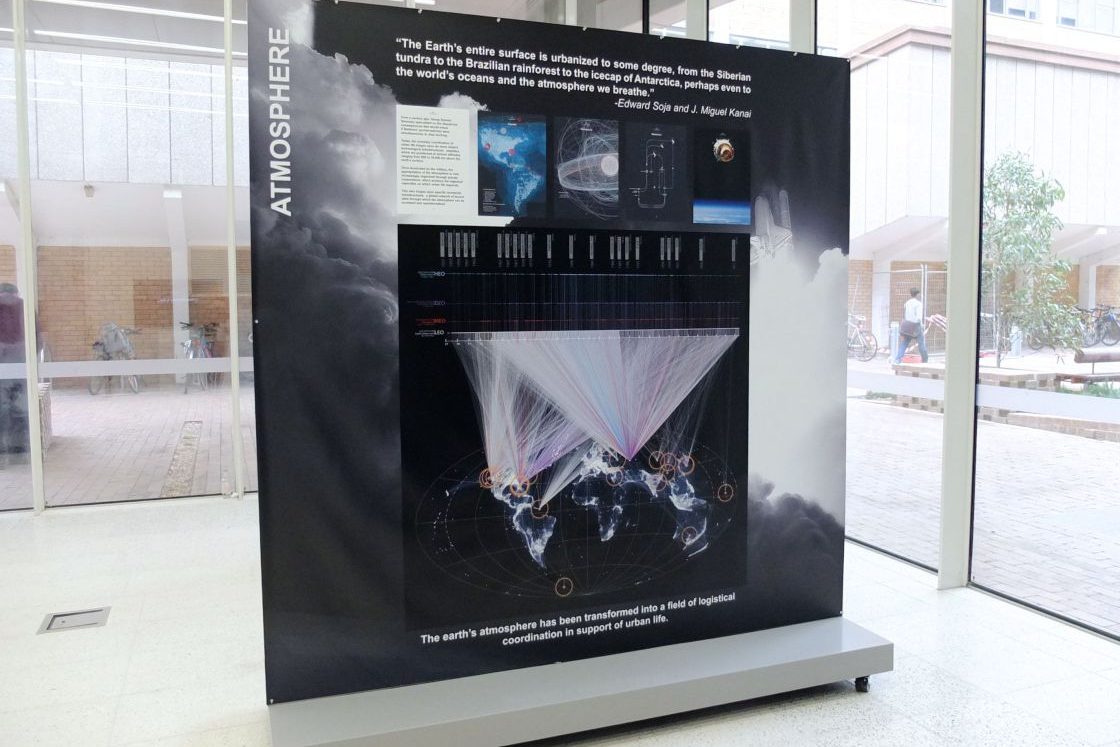 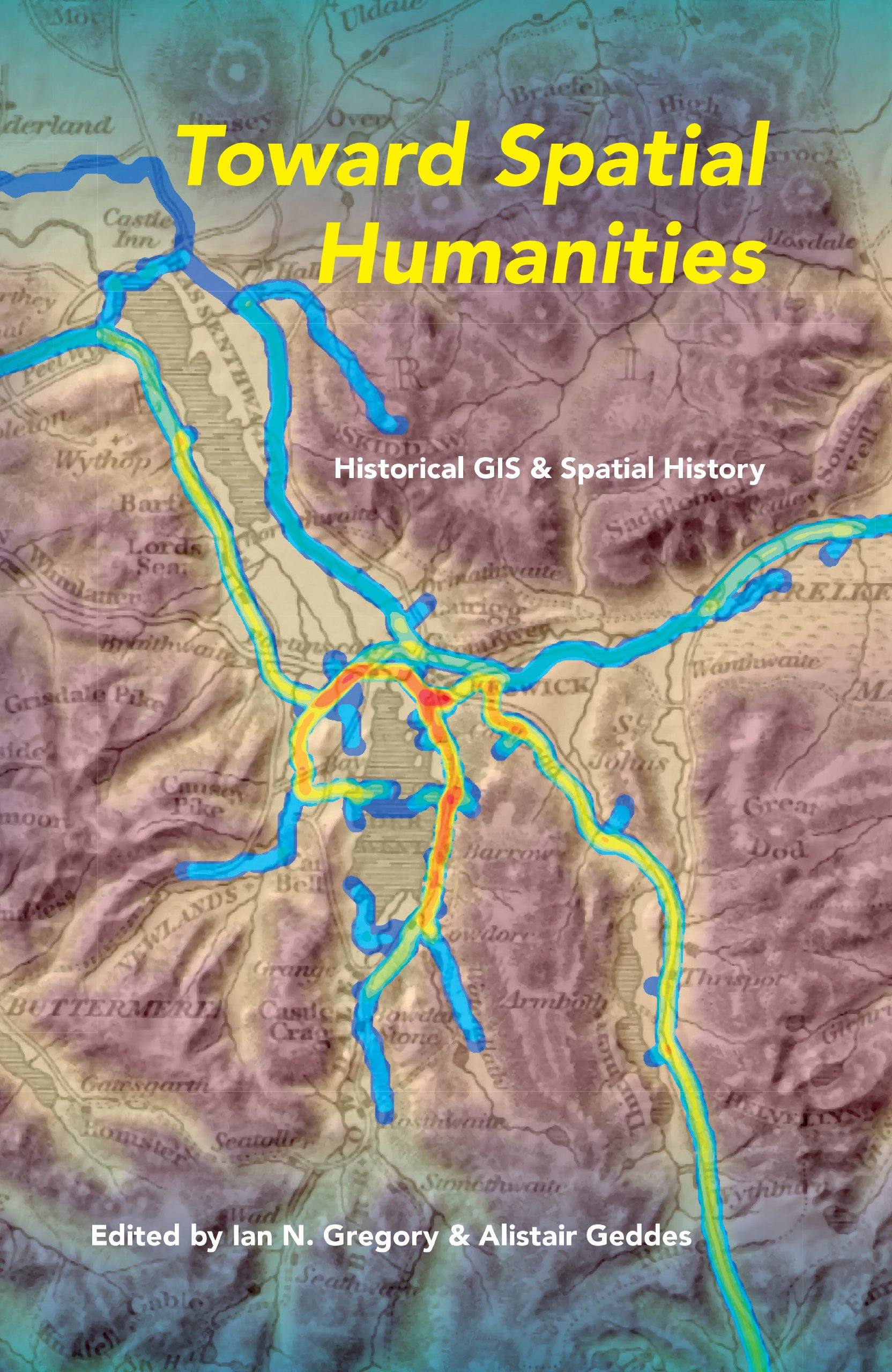 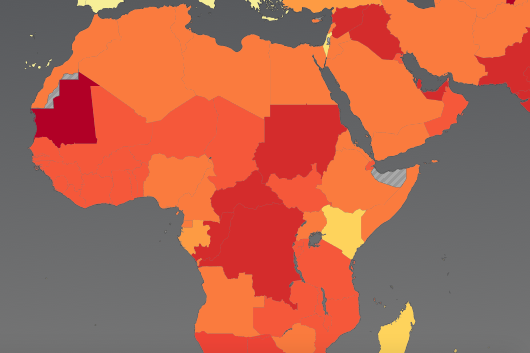 Cartographies of poverty: Rethinking statistics, aesthetics and the law

The article explores cartographic and statistical registers of poverty as geo-legal technologies operating across shifting visual economies which structure ways of seeing and concealing ‘the poor’ in the urban landscape.