succession; compounding successions; a storied stack; the superposition of time; the folds of the longue durée; materialized temporality. We see it in our mind’s eye: a peeling back that reveals the inner complexity of multi-generational dwelling and deep time. We might even imagine standing next to a cut-away, holding something for scale. Scale is crucial, because time here is a vertical measurement, a story relayed through layers of geologic and cultural substance. Perspective is also critical, since vertical partitioning politicizes soil and rock. Collating all of this information quickly outstrips human imagination; the Earth becomes a “gigantic machine for producing strata” (Zalasiewicz 2008: 17).

Geology, paleontology and archaeology are disciplines that tend toward filtering space through time. In such disciplines, time is imagined – in an analogue to Cartesian space – as a linear compounding of story-telling subterranean stratigraphy. It seems incredible that human, non-human and geologic time might all be “read” through the same vertical methodology; thus, we might forgive Hegel (1970: 21) for musing that “the process has no other content than the product. It is nothing but a vain curiosity, which attempts to see that which is juxtaposed in the further form of succession.” Yet current imperatives to understand past extinctions, and the potential of our own, gives this “vain curiosity” different weight. I implore more serious consideration of the political implications of stratigraphy – and do so here through three meta-methodological strata.

The subsurface sciences, stretching back to the 17th-century, developed the concept of superposition, which saw rock strata as “expressions of a dynamic temporal sequencing” (Rudwick, 2005: 97). Imposition of superposition didn’t just order data. It also created vertical territory, which solidified into an epistemology that became the basis for resource extraction that has fueled subsequent geopolitics (Braun 2000).

The imposition of order required to transform the Earth into a resource pool also tended minds to particulars. Close examination of stratum coaxed monstrous biology from layers, as paleontology populated the geologic framework of deep time with beings long extinct. Like the re-centering of the cosmos around the sun rather than the Earth, excavation of the Earth revealed, at best, our insignificance and, at worst, our impending doom.

As Nigel Clark (2016: 219) suggests, Kant, like many pious observers, was haunted by these discoveries. Though geography was, at the time, being redrafted through exploration and cultural contact, what terrified Kant was not the edges of cartography, but finitude being read in rock. Kant seems to take some solace from archaeology, however. He suggests elsewhere in the Critique of Judgement that where we might call fossil remains an “archaeology of nature”, humankind is capable of crafting stone into an “archaeology of art” that would survive us (Kant, 2007 [1790]: 257). Material legacy does not, however, forestall annihilation. In framing wave after wave of extinction through eyes that science trained, we did not heed Kant’s horror, and instead transformed the dead into a resource, potentially triggering our own destruction in the process. Humanity, despite our efforts, will be a shallow stain in the soil core.

The fossilized invertebrate memento mori that science provided may have compelled political will to scientifically sanctify our own mark on Earth. In the 20th-century, the cross-section spilled over from geological and biological research into the domain of culture. Since rocks harbored the linear story of deep time and its attendant calamities, the logic followed, (pre)history must similarly have a clear beginning and stages, with material remains stacking into their rightful places in the soil matrix – the deeper the layer, the older the culture. In a typical archaeological cross-section, “bedrock” is at the bottom, geology forming the floor of a cultural time map.

Kant did not ponder beyond the resilience of flint-knapped debitage, but hand-cracked stone was merely the surface of a concentrated anthropogenic seam. The same science that produced geology as an epistemology also harnessed it into a destructive force capable both of annihilating and creating new strata. The first nuclear tests were the genesis of an era that echoed Kant’s geologic dread, where Lewis Lapham (2017: 18) writes, “powers once assigned to God passed into the hands of physicists and politicians, what had been divine became human…”. With these tests, the already blurry distinction between the geologic and anthropologic was rendered moot. Or, to reframe that thought, “what kind of historicity does the human possess if it is a being that can both read and write its own future into the rocks?” (Yussof, 2016: 15). Shallow as our stain might be, our species would be the first to engineer its own destruction, and to scribe that story into subterranea. If geology is the reterritorialization of the environment as a legible vertical landscape, then archaeology is the geologization of culture.

Our three disciplines have each allowed for bioturbation, where the sanctity of stratigraphy is “disturbed” by rogue non-human forces. In the spirit of the Anthropocene, should we not offer equal thought to anthroturbation (Zalasiewicz et al 2014), those human forces which are not only shuffling our soil stories but also entirely upending the temporal order?

The construction of subterranean infrastructure is the apotheosis of capacities to mark the geologic as cultural, as an antithetical superposition that actively inverts the “natural” order. Humans continue to burrow deeper into the Earth and “the extensive, large-scale disruption of underground rock fabrics… has no analogue in the Earth’s 4.6 billion year history” (Zalaseiwicz et al 2014). The excavation of urban undergrounds, in particular, both destroys previously laid geological, biological, and cultural strata, and reverses the archaeological matrix. Sewer and water systems, electricity and utility tunnels, bunkers, basements, cellars, vaults, passageways, data centers, mines, and transport tunnels are further interred with each big dig. This focused, intentional anthroturbation thus reverses the assumed temporality of materials, and yet succession is still evident. Where superposition requires a layer below to lay down a layer above, stratastructure seams, likewise, always have a relationship to (shallower) antecedents. Once the domain of the state, private forces are now increasingly tunneling, further complicating volumetric sovereignty. Stratum are now not just commandeered, they are engineered.

Given this, who is to say that the distinctions between independent stratum is what we should be focused on at all? Returning to the scales and perspectives from which we began, might we think of the “operations that traverse different strata and bring their productions into novel arrangements” (Clark and Yussof 2017: 13). We may find it fruitful to return to Hegel’s juxtaposition, or what Deleuze and Guattari (1987: 370) call “assemblages” between stratum, multi-directional “hierarchies of order between groupings… a succession of framing forms, each of which informs a substance and in turn serves as a substance for another form.” Imagining the interstitial spaces between layers where materials mingle, or traversing tunnels that connect transport to communication infrastructure, is a fun exercise in stratigraphic trespass.

However, this is more than a seductive thought experiment, because what is at stake is access and control over volumetric territory, both those ‘found’ and created (Elden 2013). In other words, Earth’s subsurface is a geopolitical battleground. The vertical boundary-making that turned geology into a resource, de-centered humanity and rendered the human past into scientific data was thinking that cleaved; a less dread-full future might be coaxed from interstices through eyes trained to thread rather than frame.

Zalasiewicz J (2008) The Earth after Us. Oxford: Oxford University Press. 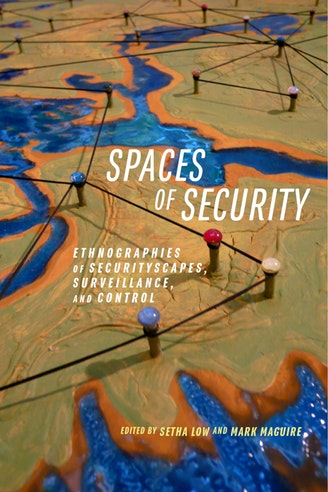 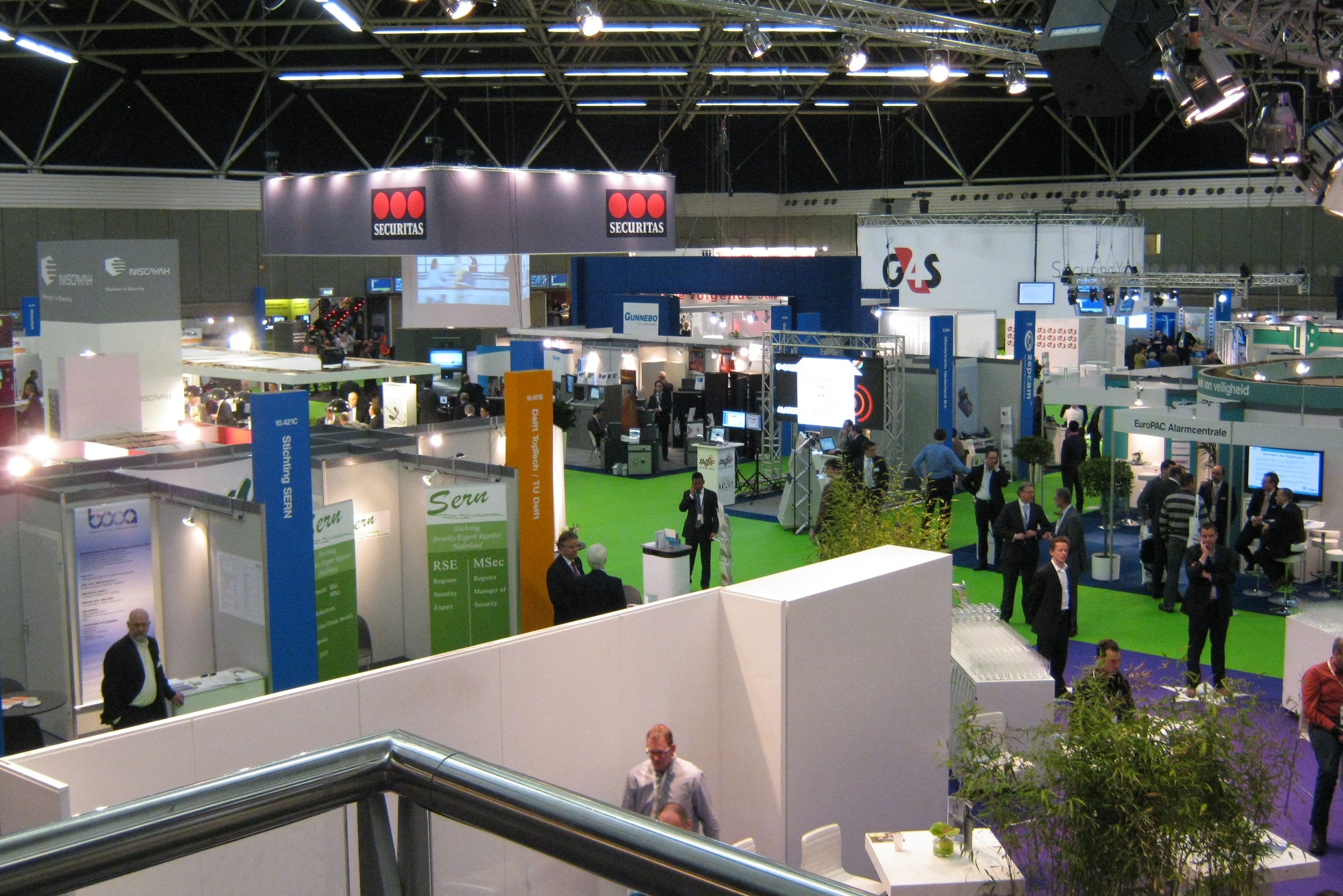 The logistics of police power: Armored vehicles, colonial boomerangs, and strategies of circulation

By following the transfers of armored vehicles to police, this article illuminates the logistical pathways that connect colonial warfare and domestic policing, adding an account of the material composition of police power to the historical work of critical and abolitionist thinkers.

Second chances in the second city: Public housing and prisoner reentry in Chicago

This special issue, edited by Maya Mynster Christensen and Peter Albrecht, introduces a conceptual framework for ethnographies of urban policing that foregrounds how defining features of the city produce police work, and in turn, how police work produces the city.