To seek better understanding of these movements, assess the arrangements of power from which they emerge, and build on their implications for future struggle, this forum on global uprisings - edited by Charmaine Chua - collects perspectives from scholars and activists seeking to place these uprisings within decolonial frameworks.

ince late 2019, waves of protests and uprisings have reverberated around the globe, with many still ongoing. In order to gain a better understanding of these movements, to assess the arrangements of power from which they emerge, and to build on their implications for future struggles, this forum collects perspectives from scholars and activists who place these uprisings within decolonial and anti-imperialist frameworks. In the months between September 2019 and January 2020, the world seemed to wake up each morning to news of another popular uprising in Iran, India, Iraq, and more, each filling the streets with explosive struggle. In Iran, a 50% hike in fuel prices set off protests across the country, their discontent already decades in the making. In Hong Kong, protests against a proposed legislation allowing extraditions from Hong Kong to mainland China grew into a months-long outpouring of frustration with neoliberal capitalism and state repression. Gasoline prices and fare hikes were the spark for mass stirring in at least six countries: in each case, protestors professed that their anger was not against a single issue alone, but as one protestor in Beirut put it, over "fuel, food, bread, over everything."

Across the Global South, in Colombia, Honduras, Indonesia, Algeria, Egypt, Zimbabwe, India, Iraq, and more, these uprisings lasted often weeks, even months. Many are still ongoing. While some of these mass stirrings, notably in the case of India, took the form of labor strikes, the vast majority of protestors were connected not through the workplace or industry. Rather than interrupt state and capitalist power at the point of production, many took to the streets, occupying squares, highways, government buildings and universities, interrupting public space and wresting it from state control into the hands of the people. The character of these struggles, which seem to seek solidarity with others not because of a connected position within capital but rather against capital’s multiple zones of violence beyond the workplace, indicate global dissatisfaction with the contours of a social order in which millions of people bear the indignities of unemployment, homelessness, poverty, debt and despair, austerity cuts and the generalized immiseration of life under late capitalism. In refusing this order, and in demanding a future otherwise, these movements have prompted some to call the uprisings a "Global rebellion against neoliberalism."

To seek better understanding of these movements, assess the arrangements of power from which they emerge, and build on their implications for future struggle, this forum on global uprisings collects perspectives from scholars and activists seeking to place these uprisings within decolonial frameworks. Numerous essays in other corners of the internet have already noted the importance of anti-imperialist internationalism in these moments of crisis and stirring. Recognizing the need for more perspectives from those engaged in or with their ear to struggles on the ground, these essays aim to set the domestic and global context for the emergence and explosion of these movements across the world, while remaining attentive to the transformations these movements are building within themselves.

Our first essay by Naveed Mansoori astutely contextualizes the 2019 Iranian uprisings in the context of the 1979 revolution. In another contribution, Wen Liu warns that both PRC and Western media have oversimplified the Anti-ELAB movement in Hong Kong, reducing to a “pro-democracy” movement what are complex material realities and social conditions facing Hong Kongers under Chinese state repression and neoliberal Capitalism. In a forthcoming third essay, Romina A. Green Rioja traces the beauty of social bonds waged through the protests in Chile to show that the urgent political tempo of uprisings in Santiago also prompted social relations to slow down and coalesce in assemblies and gatherings that both launched and assault on neoliberalism and imperialism, while changing the culture and social relations of a city.

In the coming weeks, we will continue to feature essays written by scholars and activists on the movement against the Indian Citizenship Act, on uprisings in Chile, Iraq, and Bolivia, and others to come. We intend this forum to run for as long as there are uprisings. And since uprisings are sure to emerge for as long as there are crises, we look forward to being a digital commons in which scholars and activists can seek to deepen our understanding of the social orders in which we are mired, but against which so many continue to fight. We invite submissions from those interested in helping us to collectively make sense of these moments, their histories, and the promise of their futures. 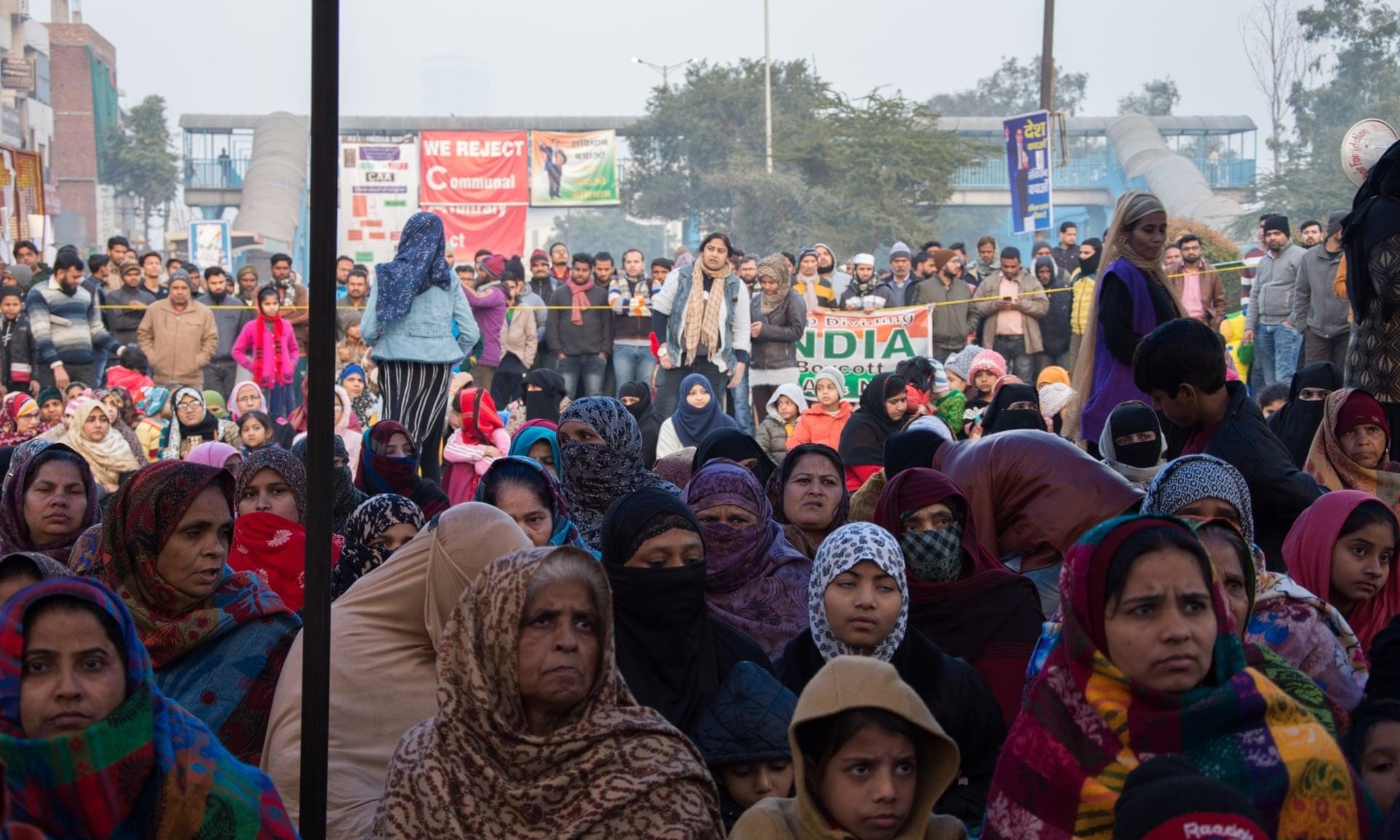 Infrastructures of Care in the Battle for Indian Citizenship

Amidst rising Hindu majoritarianism in India, Muslim women-led urban occupations hold different communities together in the face of accusations that their very togetherness is disorder. The infrastructures of care they advance have become a force pushing back against violence, showing the disordered state of national citizenship.

This essay deploys ongoing protests against an exclusionary citizenship law in India as an occasion for reflecting on architecture, language, and diasporic politics in conditions of pervasive war.

This essay contends that the immediate and longer-running interventions of long-subalternized regional political actors, from workers to women to Kashmiris to caste-oppressed persons to Indigenous peoples, could nurture the seeds of Indian and South Asian anti-authoritarian abolitionism: Azaadi (Freedom) with a Circle A.

The protests in Chile have revealed multiple grievances and a call for “dignity” which has allowed to unify diverse social groups and their concerns against the hegemonic capitalist system. 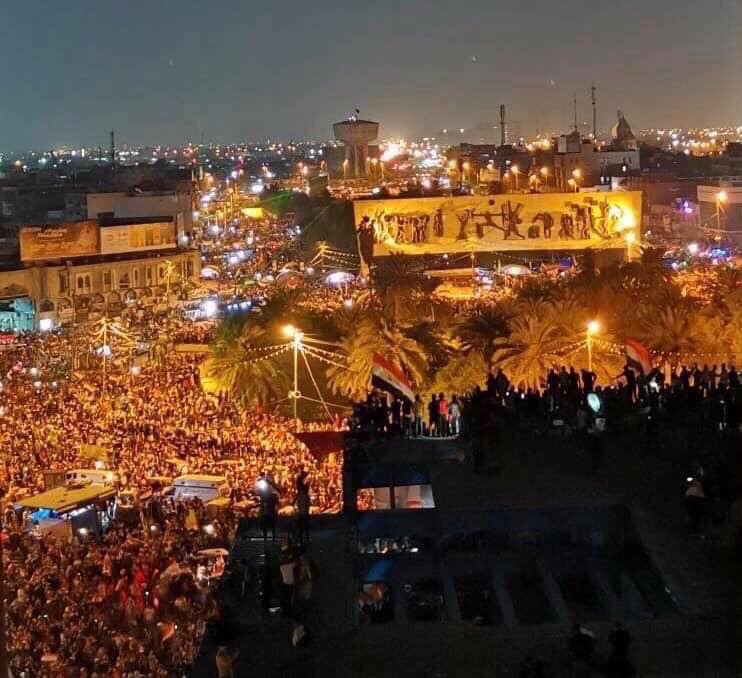 When the Lights Go Out: Iraq in Revolution

As Iraqi activists block critical roads and highways within and between cities, a spatial interpretation of Iraq’s ongoing revolution not only reads into everyday acts of protest, but interprets with Iraqi revolutionaries who are fighting and dying to birth new futures for themselves, their families, and their homeland. 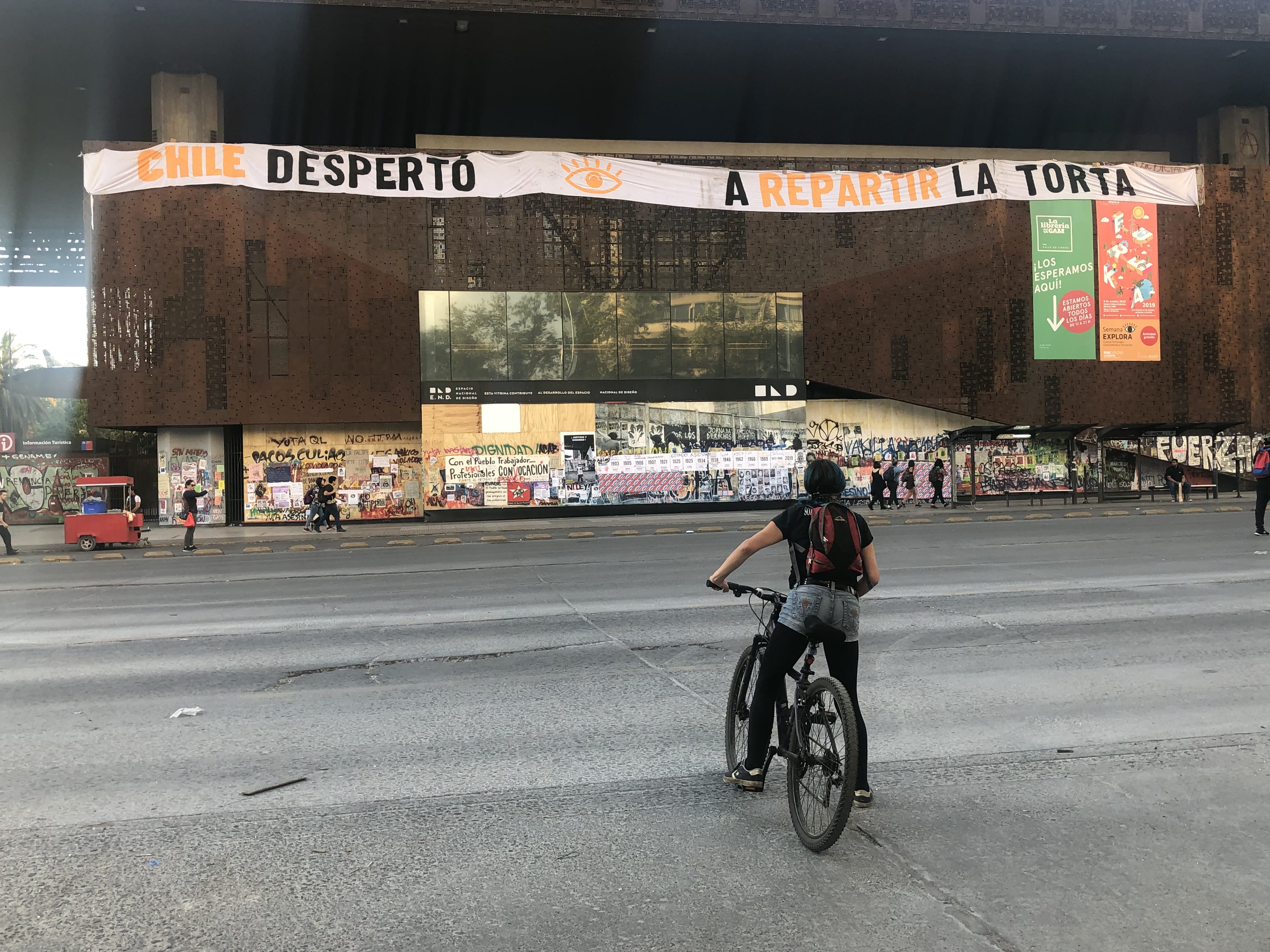 The people’s willingness to protest at their nearby metro station in Santiago on the first day of the uprising, and their continued unwillingness to return to “normal” in weeks since, led to the creation of popular assemblies and active participation in the protests downtown; a new form of popular power. 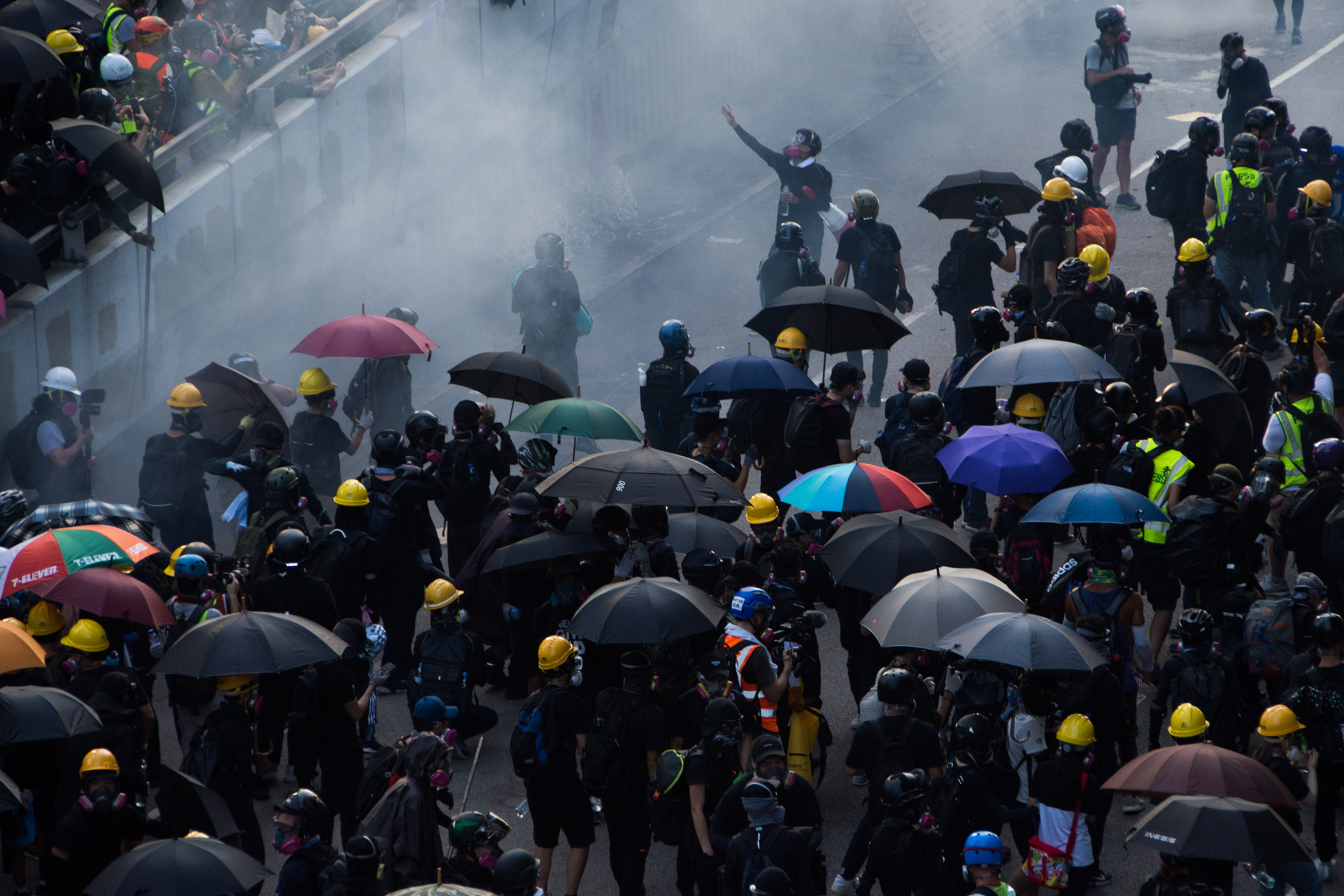 The reductionist reinforcement of the “democracy” vs. “authoritarianism” divide along the ideology of Cold War not only reduces the movement’s internal debates and complexity to a singular pro-Western narrative, but also gives the PRC leadership excuses to claim that the movement is indeed infiltrated and led by “foreign forces,” and to insist that it is PRC’s “internal affair.