In this Forum we seek to show how the repression of Uyghurs in Xinjiang is one iteration of what might be termed a global assemblage of repression. Such global assemblages inevitably take different forms in their varying contexts, but draw on common elements: ideological, technical and related to international processes and institutions.

ince 2016, an estimated 1.5 million Turkic Muslims in the Xinjiang Uyghur Autonomous Region of China (East Turkistan) have been detained in internment camps, while the wider population is subject to invasive systems of surveillance, severe restriction of freedoms, disciplinary regimes of political re-education, and coercive population planning policies. This systematic and targeted set of policies is underpinned by state violence; they harness the latest advances in surveillance technologies; they are related to transnational flows of ideology and capital; and they present a major challenge to regimes of international law.

International responses to the situation have typically been subordinated to strategic concerns. Many Muslim majority countries – entangled in China’s Belt and Road Initiative – have supported China’s actions in Xinjiang, while the European and US Left have shown a noticeable reluctance to engage with the plight of the Uyghurs. Meanwhile, the US administration’s display of support for Uyghur rights has been fatally undermined by revelations about Trump’s private expression of approval of the camps in conversations with Chinese President Xi Jinping in 2019. This is a crucial moment to re-assess the mechanisms and the geographies of China’s oppression of the Uyghurs and other Muslim minorities in Xinjiang, by situating their plight alongside that of other marginalized and oppressed Muslim minorities worldwide.

In this Forum we seek to show how the repression of Uyghurs in Xinjiang is one iteration of what might be termed a global assemblage of repression. Such global assemblages inevitably take different forms in their varying contexts, but draw on common elements: ideological, technical and related to international processes and institutions. The articles examine such global assemblages by exploring the continuities, parallels, and direct links between the repression of Muslim minorities in Xinjiang and the experience of other Muslim minorities across the globe. We thus aim to identify the ways in which the Chinese state’s policies in Xinjiang connect to regional and global trends, and how these measures are justified in relation to the broader climate of rising Islamophobia emerging from the context of two decades of the “War on Terror.”

Our contributors include activists and regional specialists on China, India, Myanmar and Bosnia, and experts in surveillance technologies, Islam and the state, and international law. Together they explore four interlocking themes: Islamophobia and the “Global War on Terror”; surveillance, capital and state power; state violence; and cultural genocide. Most of the contributions arose from a one-day international conference in March 2020 held at SOAS, University of London.

On the links to global Islamophobia, since the events of 9/11, China has consistently used the rhetoric of Islamic extremism to explain its actions in Xinjiang. We ask: How do these rhetorical tropes of Islamic violence and terror flow around the world, and how do they play out in different locales, from Europe and the United States to Palestine, Kashmir and Xinjiang? Claims that Islamic religiosity is linked to a propensity to commit acts of violence have been central in the logics of the “War on Terror,” as Rachel Harris shows in relation to Xinjiang, and Nitasha Kaul elaborates in relation to the growing intolerance and suppression of Muslim populations in India under Hindu majoritarianism.

Questions around surveillance, and the interplay of states and capital in the technologies and practices it involves, have only intensified since the Covid pandemic. The case of how these technologies are used in Xinjiang raises the following questions: what are the long-term implications of the extraordinary array of high-tech surveillance equipment deployed against Muslims in Xinjiang, serving as a pilot scheme for wider roll-out within China, and as an advertisement for worldwide marketing of these technologies? How are they implicated in the production of docile subjects, easily exploited in regimes of forced labour? Darren Byler’s article reveals the importance to global technology companies well beyond China of the extraction of data from a whole population in developing new products based on facial recognition, for example. Nisha Kapoor shows how the entwined character of technology firms and the state security and military sectors is a common feature across the alleged divide between “democratic” and “authoritarian” states.

On the question of state violence, in Xinjiang we have seen a raft of assimilatory policies including the destruction of religious sites, restrictions on the Uyghur language, gender-based violence and enforced sterilization, mass detention and systematic human rights violations in the internment camps. What are the links and parallels with the treatment of Muslim minorities in other parts of the world? Jasmina Tesanovic reminds us of the struggle of women in Bosnia to make gender violence an intrinsic aspect of what constituted “war crimes” there, pointing to the importance of solidarity among women in taking the painful step of exposing such violations. Such solidarity is undoubtedly crucial in supporting Uyghurs and other victims of state repression in speaking out about their experiences, as Rahima Mahmut’s account of interpreting for camp survivors describes. Mahmut’s account of evidence gathering in Uyghur exile communities reveals these transnational spaces as the locus of traumatic memory and fear. Equally, the accounts of these survivors are enabled only through the limited opportunities for mobility afforded to the few.

Finally we raise the question of whether international law provides any recourse in the case of such extensive state repression and violence. Here we look to past iterations of such repressive assemblages and consider the extent to which international law has or could provide remedies. Specifically, we ask: Do the Chinese government’s policies fit the definition of genocide or crimes against humanity, and – drawing on the experience of other cases such as the Rohingya and Bosnian Muslims – do such determinations actually make a difference? Joanne Smith Finley and Ondrej Klimes examine the details of the extensive and purposeful erasure of Uyghur culture and language that is occurring alongside the detention and surveillance, assessing this in the light of accepted definitions of genocide. Drawing on her work with the Rohingya, Penny Green argues that the international law provisions on genocide provide little or no protection to populations facing erasure through staged processes of genocidal violence. While civil society actors can play a critical role in raising the alarm, they too are often entangled in national and transnational geopolitics in ways that mean they are unwilling to put forward claims that genocide is occurring.

Documenting the kind of atrocities our authors describe is essential in refusing a key aim of genocide: the erasure and disappearance of groups that states have stigmatized and dehumanized. This involves not only documenting trends, numbers, and accumulated evidence, but also memorializing individual stories, grief, trauma and loss as a way of acknowledging our shared humanity and struggles. At times, art helps to bring us into these moments: as we share Aziz Isa Elkun’s story of watching from afar his father’s passing and the subsequent destruction of his burial place, along with many other Uyghur graveyards, we may ask, if the dead cannot be allowed to rest, should we?

This Forum is edited by Rachel Harris (SOAS, University of London) and Sophia Woodman (University of Edinburgh). We are grateful for editorial assistance from Derek Morris, a PhD student at the University of Edinburgh, to the co-organizers of the conference from which it arises: Matthieu Burney, Joanne Smith Finley, Jude Howell, Eva Pils, Tim Pringle, and to the SOAS China Institute for its generous support.

Sophia Woodman is a senior lecturer in Sociology at the University of Edinburgh. Her research focuses on local citizenship, human rights and transnational social movements in China and beyond.

Rachel Harris teaches ethnomusicology at SOAS, University of London. Her research focuses on the politics of culture and heritage in China, and the ethnography of religious life among the Uyghurs. Her latest book Soundscapes of Uyghur Islam is published by Indiana University Press. 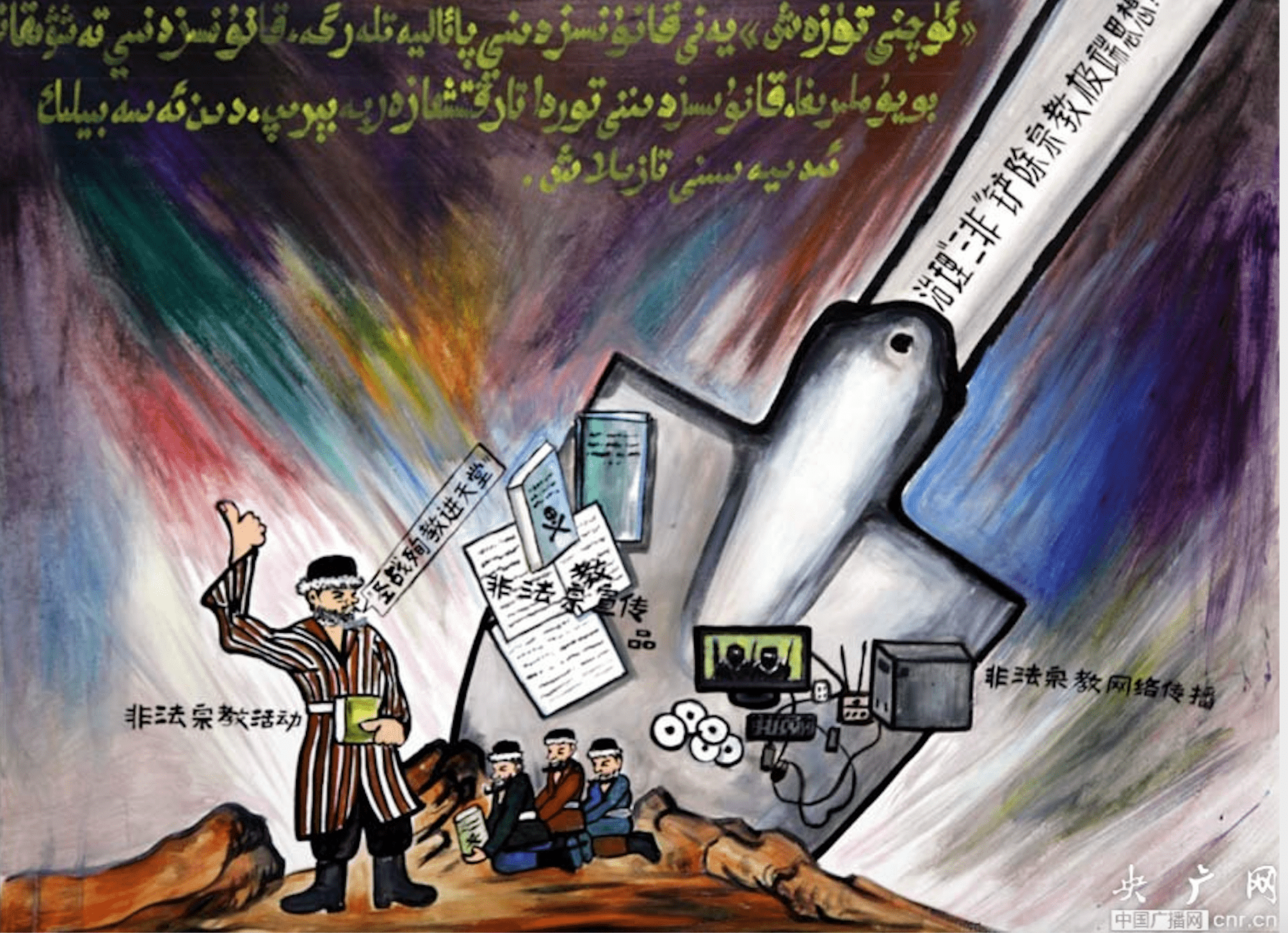 Islamophobia, the Global War on Terror, and China’s policies in Xinjiang

What we need to understand is how and why these incidents were used to justify such massive, invasive and violent methods of control over the Muslim peoples of Xinjiang. After all, violent incidents involving pre-meditated attacks on civilians also occur regularly in other parts of China. So why was Islam framed as the root cause of violence in Xinjiang? Why, for example, did policy makers not discuss whether reigning in police harassment of civilians might be a good way to stop violent responses? Why did they need to mobilize a Peoples War on Terror in Xinjiang? 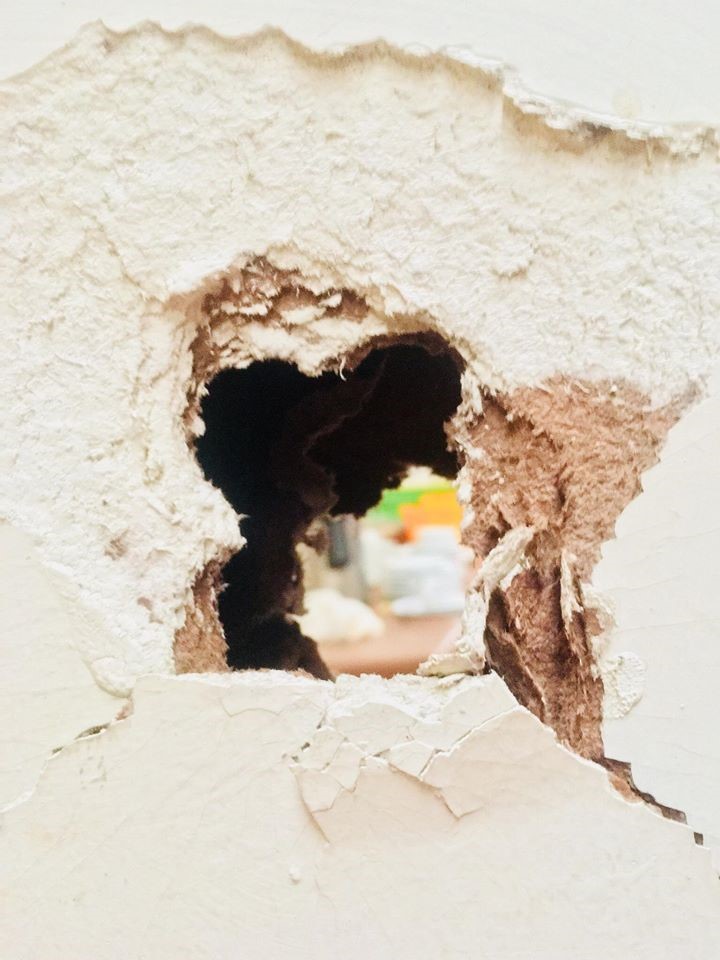 Islamophobia in India works to enable violence, subjugate, and intimidate Muslims as a threat to the nation, in several different registers — Indian Muslims as suspect citizens; Kashmiri Muslims as emphatically problematic always already terrorist Muslims; Muslim refugees such as Rohingyas as “invasive pests”; and the collective neighboring Muslim nation-state of Pakistan as an existential enemy. 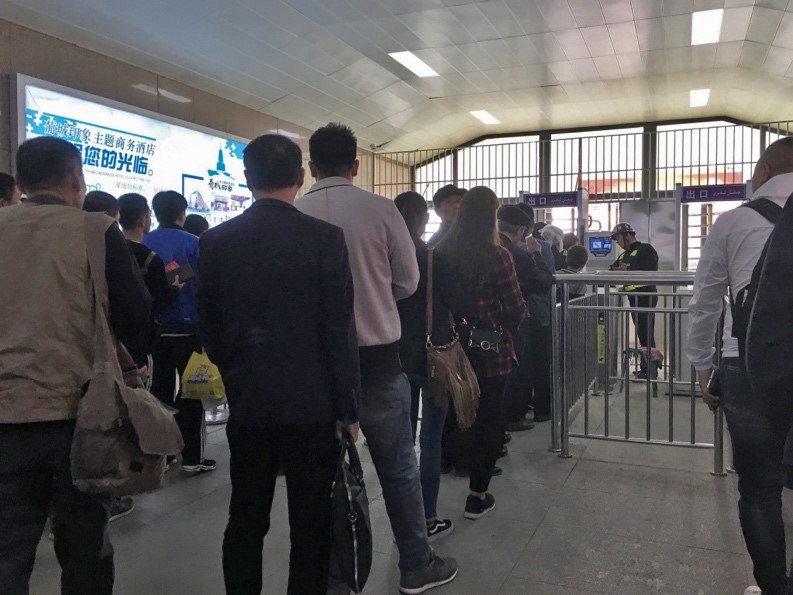 The Digital Enclosure of Turkic Muslims

What makes the case in Northwest China unique is that the digital enclosure of Uyghur and Kazakh space also harnesses state power and private textile manufacturers to hold them in place in factories—producing a permanent underclass of ethno-racial minority industrial workers. Rather than banishing populations to human warehousing spaces such as peripheral ghettos or prisons, in this context terror capitalism works to explicitly “reeducate” the population as industrial workers and implement a forced labor regime. 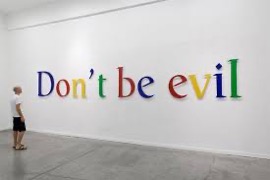 Liberal Surveillance Capitalism and its Discontents

We might think of Google as the East India Company of the twenty-first century, but where Google is both the corporation of frontier digital capitalism and the missionary endeavoring to convert the masses to digital literacy, activity and ideology. 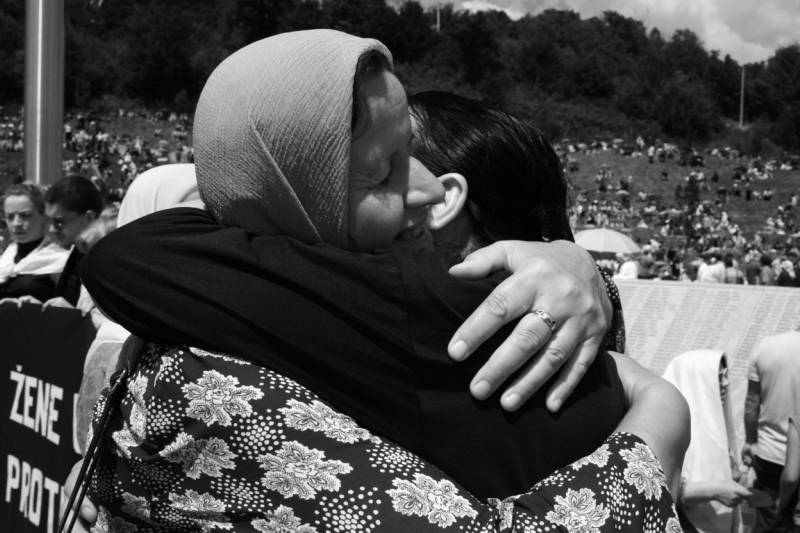 Building Solidarity Among Women in the Long Aftermath of Genocidal Violence

“There was a full moon, my baby was sleeping calm and beautiful in the moonlight and I was adoring her, then all of a sudden I recognized in her face the rapist, and finally I knew who her father was. This baby is the thing I love best and hate most in the world. I just can’t go on.” 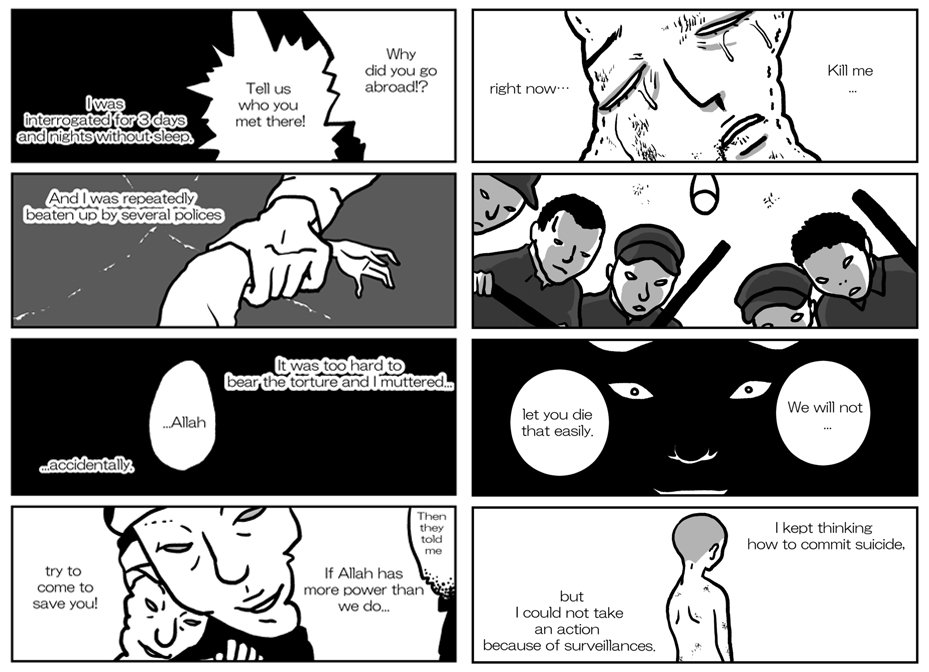 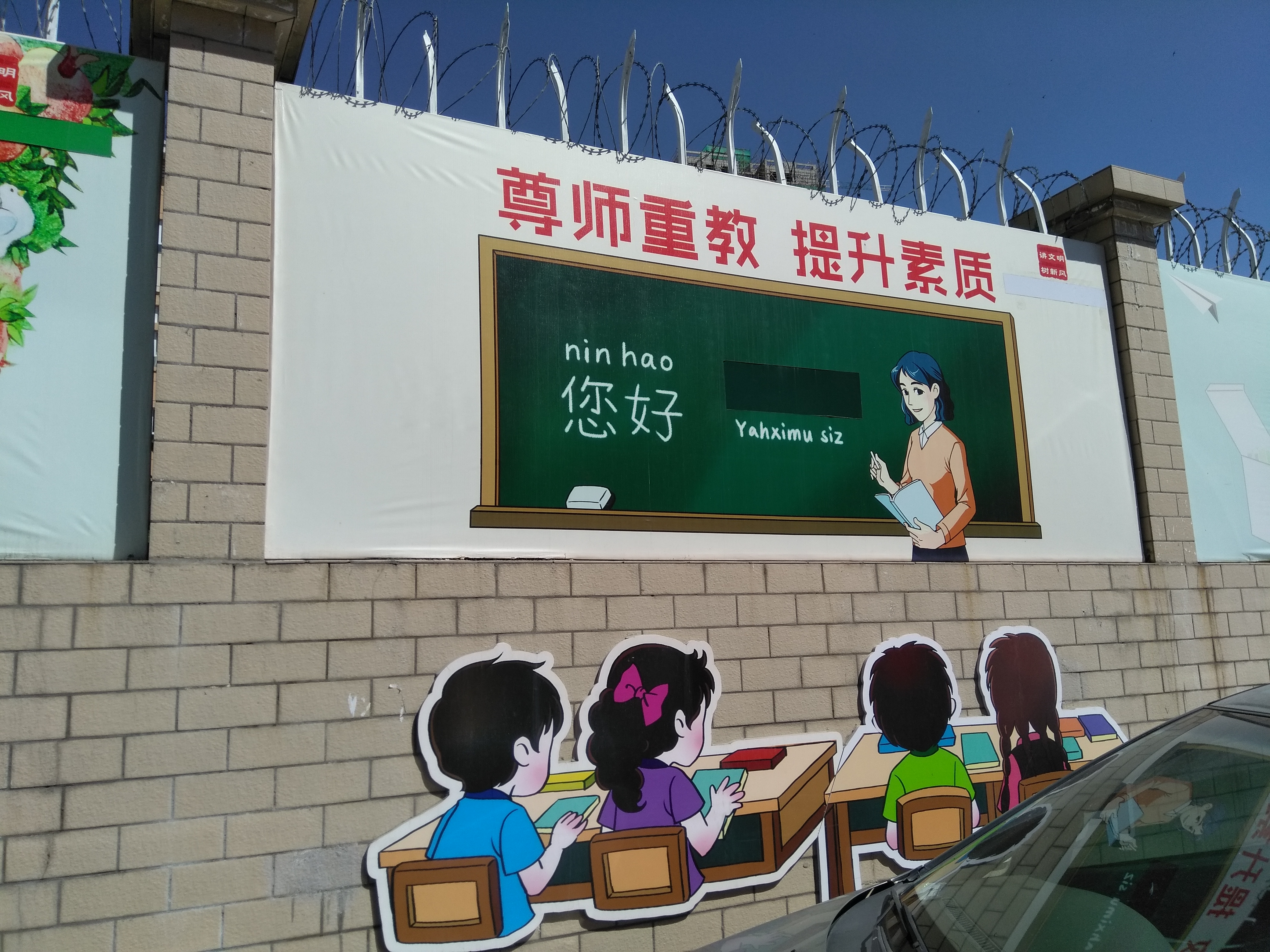 The implementation of policies to forcibly Sinicize Uyghurs will eradicate their means of ethnic identification. Extra-judicial killings carried out in response to popular protest, conscious neglect of detainees in internment camps, and policies that prevent births and separate husbands and wives seem intended to bring about the physical disappearance of Uyghurs as an autonomous ethnic group with a distinct identity and worldview. 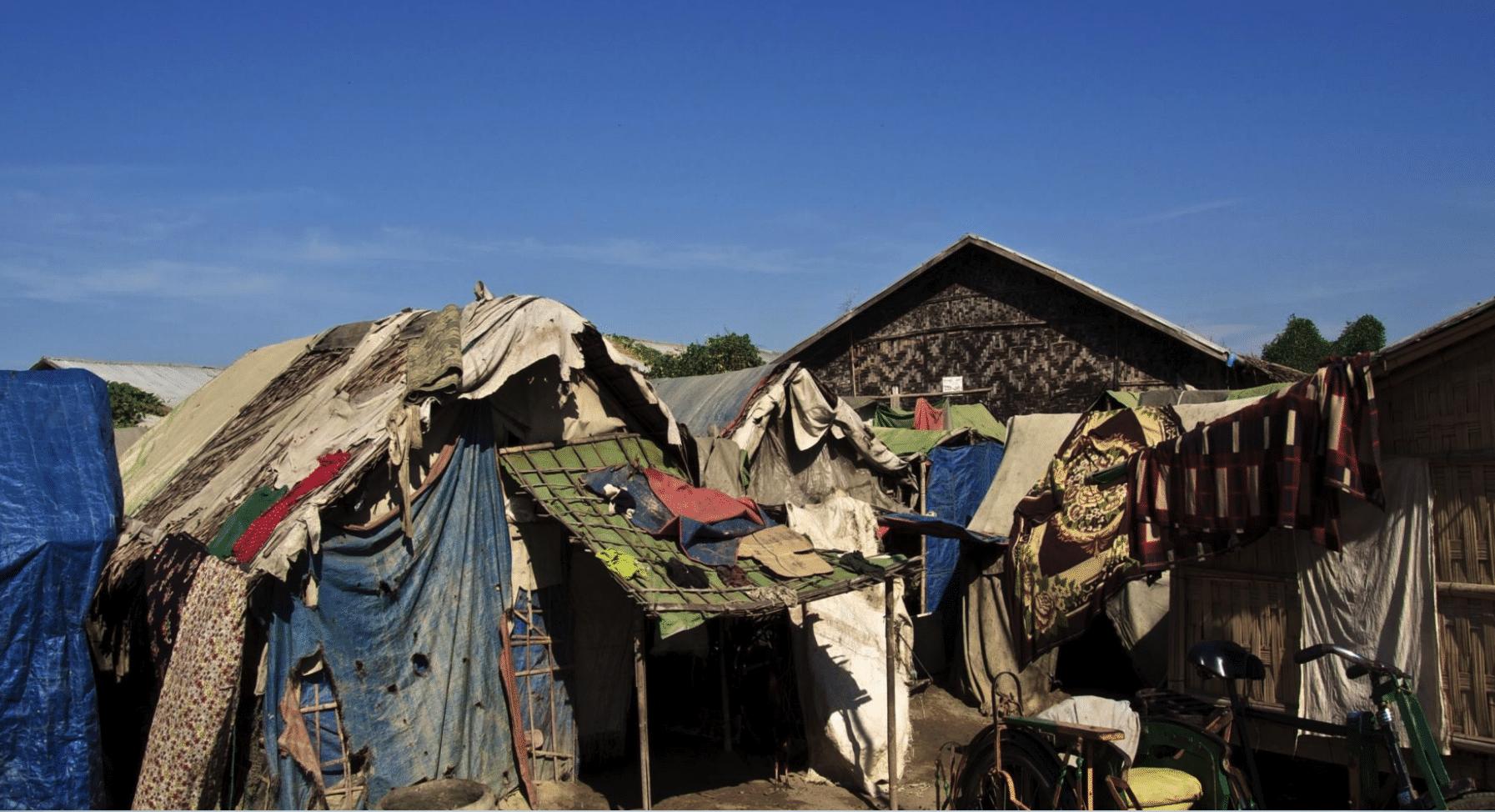 This article addresses aspects of Myanmar’s genocide of the Rohingya people in the hope of contributing a) to a conceptual understanding of China’s genocidal persecution of its Uyghur Muslim minority, and b) to a civil society strategy for combatting genocide. 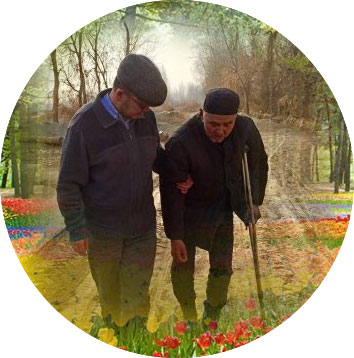 The Chinese government said this was done in order to modernize us, but their true aim was to destroy Uyghur ethnic, cultural and religious identities. I felt as if my father’s body had been brutally torn out of its resting place in our ancestors’ land.