The Decolonial Geographies of Puerto Rico’s 2019 Summer Protests: A Forum

This forum is about Puerto Ricans’ refusal to accept the violence of abstract space – the unwillingness to imagine a future from which they have been disappeared. While Rosselló and his administration paid millions to consultants, publicists, and lobbyists to represent space logically and homogenously to investors, many Puerto Ricans were left to fend for themselves receiving neither financial or technical aid from the government as they navigated the archipelago’s intersecting crises. Abandoned by the state, communities organized to restore their lives, build networks of solidarity, and reconstruct their communal spaces. Unintentionally, governmental neglect helped sow the seeds of a political culture that eventually grew to oust the governor and some of his accomplices from office. The contributors to this forum document the events that led to the two-weeks of protests that transformed Puerto Rico during the summer of 2019 as well as the political futures that mass mobilization forcefully placed in the realm of the concrete and the possible.

In our introduction to the forum we want to more firmly situate Puerto Rico within geographical debates precisely because there is much to be learned about and with this U.S. colony. Our approach consists of reading and writing Puerto Rico “with and beyond Lefebvre,” an analytical maneuver familiar to many readers of Society and Space (Kinkaid, 2019: 2). To do so, we conceptualize the 2019 summer protests, as well as the multitude of alternative political spaces that emerged before, during and after the protests, as differential spaces (Lefebvre, 1991). As the interventions of this forum demonstrate, to conceptualize the differential spaces that decolonial struggles in Puerto Rico have produced we need new analytical tools, new positionalities, and new departures that take us beyond the whiteness, androcentric, and Eurocentric epistemologies of Henri Lefebvre (Fenster, 2005; Samara, He, and Chen, 2013; see also, Oswin, 2019). That is one of the many lessons that Puerto Rico and the protests of the summer teach us.

What precisely do we mean in Puerto Rico when we talk about democracy? What does democracy mean in an island that has only ever known colonial rule? And to a people that have never exercised a true democracy?

For decades, the west end of Calle Fortaleza has been a site for protest where social groups and movements, along with trade unions, have often converged to articulate their demands. The #Ricky Renuncia movement also re-signified the ways people protested and the spaces where those events took place. During the Summer 2019 uprising, the street was renamed by protesters as “Calle de la Resistencia” (Resistance Street) after thousands of people met there every night for more than two weeks demanding Rosselló’s resignation despite the violent efforts of police to disperse the protests. The street continued to display its new name long after he stepped down.

“One of the most corrupt places on earth:” Colonialism, (Anti)Corruption, and the Puerto Rican Summer of 2019

Who constitutes the great racialized Puerto Rican family? What political role did Black women play in the protests of Summer 2019? How has Black feminism (re) emerged in Puerto Rico, from musical performances – bomba, plena, rumba and reggaeton – and platforms such as the NEGRAS radio program? What is the importance of the intersections of race and gender in the analysis of what happened in Summer 2019? These are some of the questions I try to answer in the next section of this brief intervention. 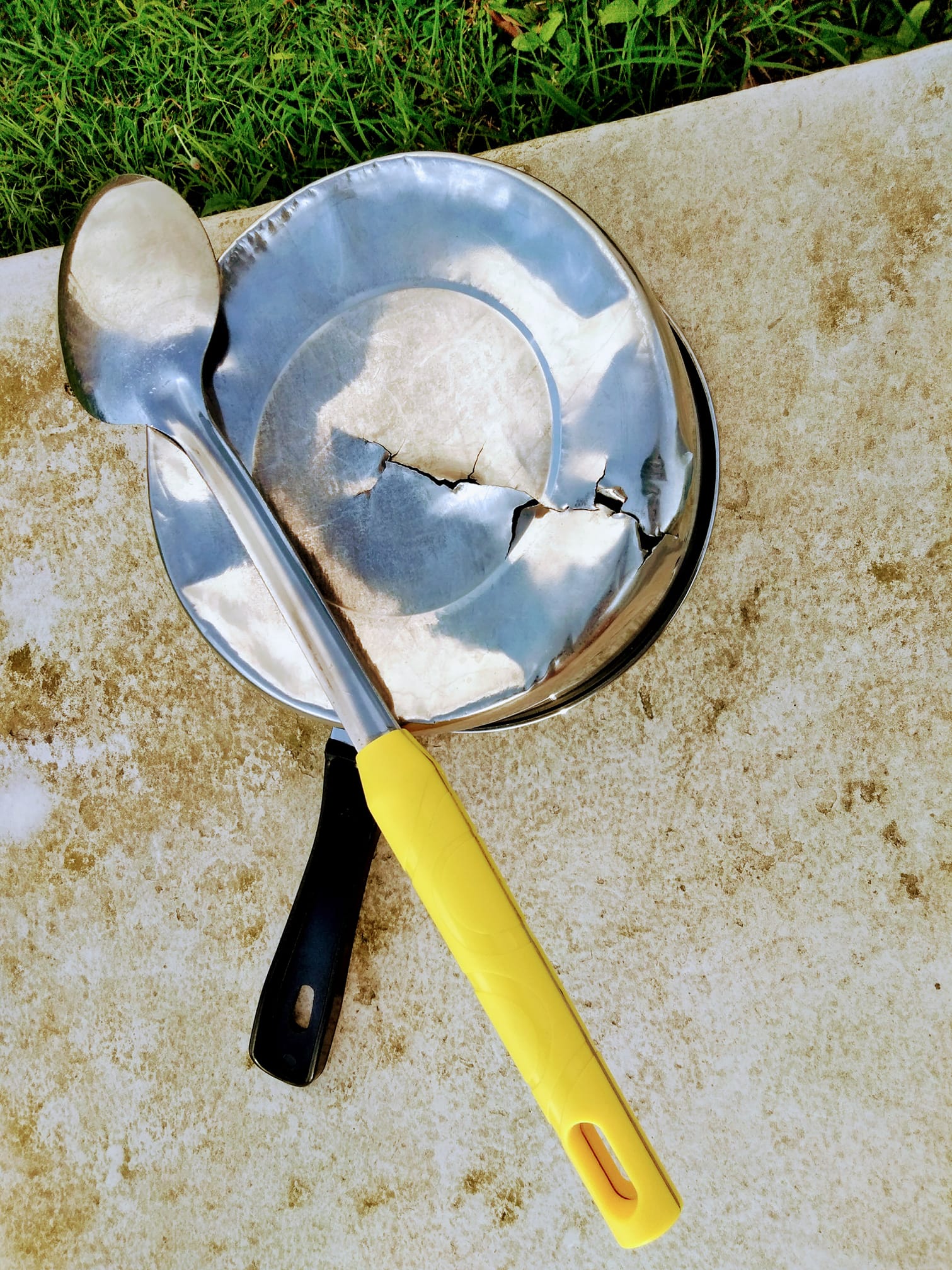 Three Poems from the Summer 2019 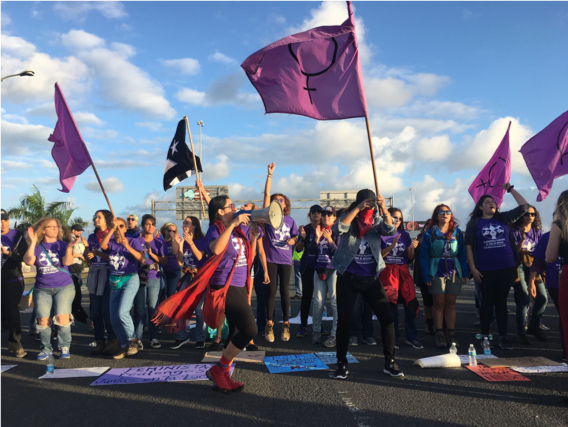 I discuss how the protests drew from well-established yet increasingly visible interventions by women and feminist organizations. However, I seek to track the contribution of the feminist movement more specifically, arguing that the protests built on tactics articulated, deployed, and circulated by La Colectiva Feminista en Construcción since 2016. I examine tactics that I argue contributed in important ways to the creation of a political terrain that made the July protests possible. Slogans, cacerolazos, shutting down streets and plazas, confrontations with the police and the Special Tactics Unit, as Shariana Ferrer-Núñez of La Colectiva points out, make reference to a long tradition of opposition in the territory. These also make reference to a tradition of opposition elsewhere, especially in Latin America and the Caribbean. Yet in post-María Puerto Rico, La Colectiva’s consistent and unrelenting denunciation of the specific ways debt aterizza, or “lands,” on women through an explicit confrontation with the state gains distinct significance. La Colectiva’s actions make explicit the links between debt and gender violence; between a housing crisis, the operation of finance, and logics of expulsion that impact women disproportionally; between disaster capitalism and debt/austerity in the wake of María; between consumerism and poverty. Rather than emphasizing the creativity of the protests or the organizational capability gained through autogestión, then, I stress that the protests were a confrontation with the state/capital that held the state accountable. 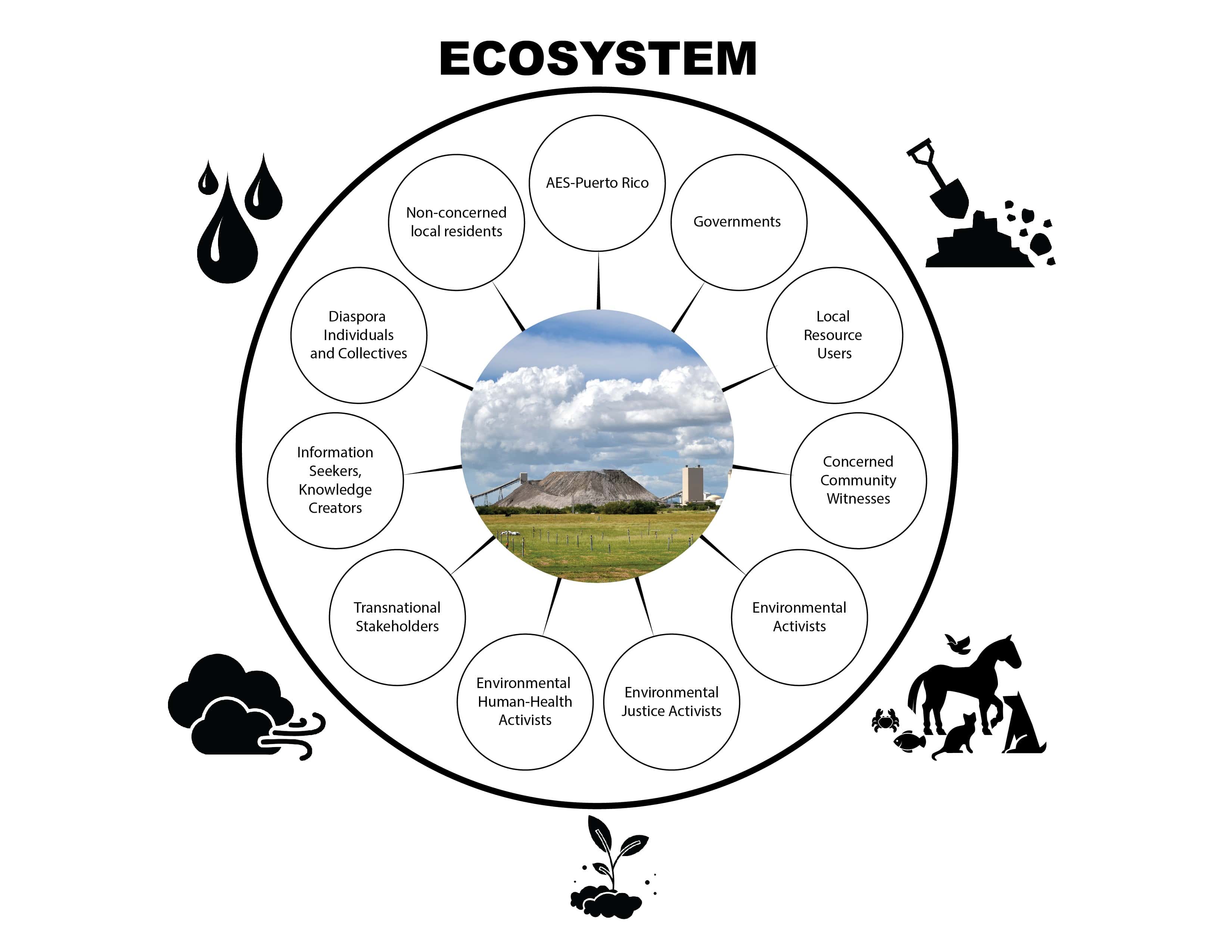 In Puerto Rico, environmental resistance has historically been a vanguard terrain of struggle against extraction and degradation enabled by the local and federal governments (Lloréns and Stanchich 2019). Arguably, the struggle against AES-PR, which in 2016 led to months of protests and skirmishes with the police in Peñuelas, together with the 2017 botched response to Hurricane María, the continued disregard for the crisis of violence against women, and the leaked Telegram chat, all lay the groundwork that led to the 2019 summer uprising (LeBrón 2019; Bonilla 2019; Morales 2019). 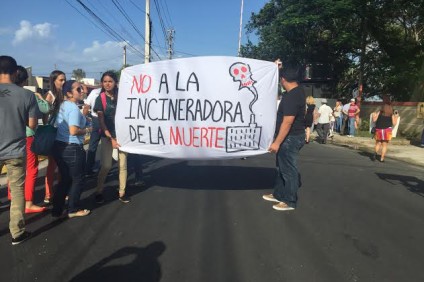 Over the past two decades, environmental justice (EJ) movements have been amongst the most persistently and strongly mobilized groups in Puerto Rico. In this essay, I elaborate on how the many struggles that gave rise to this summer’s movement to oust Puerto Rican Governor Ricardo Rosselló can also be traced and understood through the histories of EJ struggles. I argue that such struggles have been key to opposing the colonial-capitalist condition and its corrupt death politics, while generating decolonizing life alternatives based on self-assembly and autogestion.

The “¿Qué hacemos con la deuda?” (What do we do with the debt?) panel was marked up with colorful messages overwhelmingly calling for an “Auditoría YA” (immediate debt audit), debt cancellation, and demands that “buitres” (vultures funds), “the corrupt,” and “those who robbed us” pay the public debt. Just as the summer protests emerged from an existing infrastructure of activism, the written calls to audit the debt were also the organic result of long-standing efforts demanding a comprehensive, citizen debt audit. 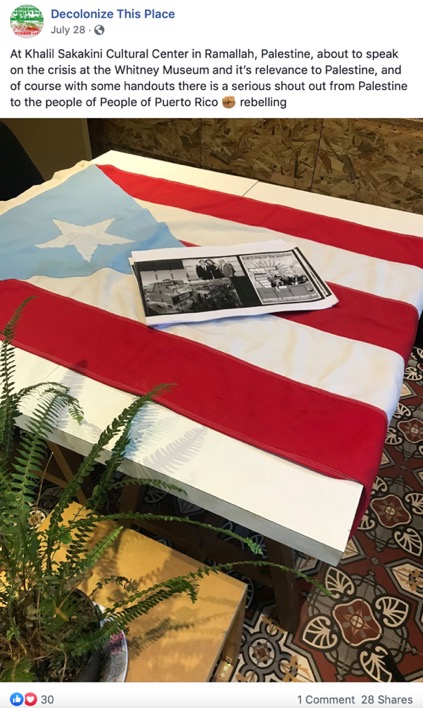 While the demonstrations leading to the ousting of Ricardo Rosselló’s can certainly teach us the necessity of popular protest in the United States, they also illuminate the global dimensions of Puerto Rican liberation: how the island has long been a source of inspiration and solidarity to international freedom movements.

Aguadilla, Decoloniality, and the Summer of ‘19

The Puerto Rican Summer of 2019 saw the ousting of a governor for the first time in the archipelago’s history. This revolt, as a kairotic event – from the Greek καιρός (kairos), which denotes a decisive or opportune moment – in which the Euromodern notion of progressive and linear time was disrupted, was led primarily by decolonial and black feminist organizations. The apparent spontaneity of these demonstrations is deceptive inasmuch as it renders invisible the political work these organizations had been carrying out for at least a year prior. Nevertheless, the kairotic event of revolt never occurs “out of the blue” but rather stems from an accumulation of quotidian resistances which manifest in a series of ways. One such way can be the subversion of Eurocentric academic spaces through the organization of conferences which bring together scholars, activists, scholar-activists, and anyone interested in partaking in collective reflection and discussion. In the weeks leading up to the governor’s announcement in which he confirmed his resignation, the final preparations were underway for such a conference. This conference, which centered around decolonial thought and praxis in Puerto Rico, was to be held on land which had been forcefully expropriated, and its residents displaced, by the United States military for the construction of a military facility exactly eighty years ago. The base was eventually closed in the 1970’s and the land repurposed. The construction of this base, and the shift in intersubjectivities it produced, troubled renown Puerto Rican novelist Enrique Laguerre (1906-2005), who called that area home. 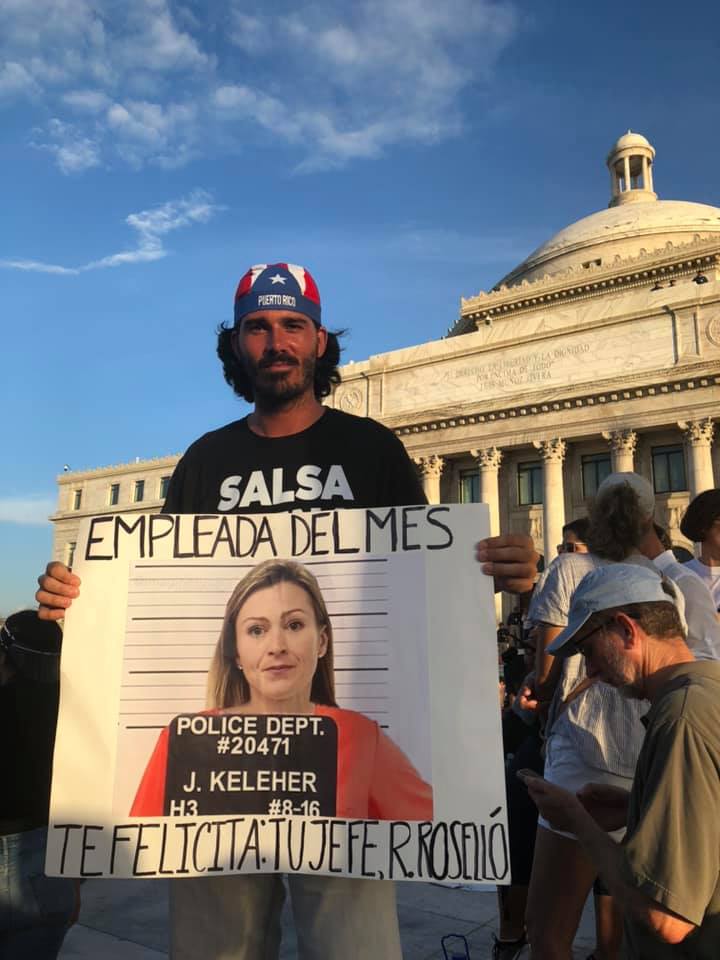