n June 20, 2021, most of the Bitcoin factories in Sichuan Province, one of China’s two largest bitcoin mining provinces, were shut down. The Chinese central government decided to limit the growth of the cryptocurrency out of anxieties that bitcoin mining was becoming a threat to the governmental financial system and the environment. For years, China dominated the bitcoin mining market, at its peak hosting more than 75% of the world’s bitcoin mining capacity, because of its cheap electricity.

However, the crackdown forced bitcoin miners in China to seek new locations for their mining machines. Rockdale, Texas, an industrial town that was once famed for aluminum smelting, is attracting the factories of many bitcoin mining companies, including two of the world’s biggest, Bitmain and Bitdeer. Why did Sichuan in China dominate the bitcoin mining market before May 2021? Why did Rockdale, Texas become the potential site for the bitcoin factories? What are the relationships between bitcoin infrastructure and electric power infrastructure?

The relationship between bitcoin and electricity is rooted in the bitcoin mining mechanism. Bitcoin is a cryptocurrency based on blockchain technology, aiming to provide a peer-to-peer, decentralized, deregulated, and even anonymous system to free transactions from the control of third parties such as the government or other centralized financial authorities. In this system, transactions are verified, added to a public ledger, and stored in the blockchain. The transaction needs the new owner’s signature to maintain the privacy of the transaction by finding a nonce value to get the hash function. The finder of the block, which is called the bitcoin miner, will be rewarded with a new bitcoin. In this regard, the mining process guarantees the transactions on the network and makes them trustworthy, and it also creates new bitcoins. Bitcoin miners must keep mining to get more bitcoins and keep the network running. The mining process requires computational power to find a valid hash, resulting in the fact that more computational power would get more rewards for the miners (Instrona and Pecis, 2019). Thus, bitcoin miners build more computing systems to mine the bitcoin, creating a high demand for electricity and mining machines. If we treat all the bitcoin mining zones as a country, bitcoin mining consumed 96.6 Terawatt-hours of electricity in 2019, ranking 34th among all countries in the world.

Although bitcoin is designed to provide a decentralized network, the high cost of electricity forces the centralization of bitcoin mining. According to statistics from Cambridge Bitcoin Electricity Consumption Index (CBECI), China occupied 75.53% of the average monthly hashrate share in August 2019, 49.52% of which was in Sichuan. In the same year, Oscar Delgado-Mohatar and his colleagues estimated that bitcoin mining was only profitable in countries with electricity costs of less than 0.14$ Kilowatt-hour (kWh). As a result, they predicted that Bitcoin mining would be not be possible for amateur miners after 2018 because of the increasing cost of machines and electricity, and there would be an increasing centralization of professional mining facilities in China in the following years(Delgado-Mohatar, Felis-Rota, and Fernádez-Herraiz, 2019). After the crackdown on bitcoin mining in China, the United States is leading with 37.84% of bitcoin’s hashrate, based on the data of CBECI in December 2021.

(Un)making of the Bitcoin Mining Zones

The making of cheap electricity is shaped by regional politics and techno-economics of electric power infrastructure (Larkin, 2013; Özden-Schilling, 2020). Suppose the abundant electricity in Sichuan and Texas is the first reason that attracted miners to build their factories. In that case, the cheap electricity price is not entirely determined by the process of commodification—it has a more historical infrastructural cause. When the first group of bitcoin miners arrived in Sichuan around 2014, the sites they chose for bitcoin factories were near small hydropower stations that did not connect to the national power network, the most extensive power network controlled by the State Grid Corporation of China. Small hydropower is the historical product of the cold war to achieve the goal of rural electrification in the 1950s and 1980s. However, after the establishment of the national power network in the 2000s, most small hydropower stations were not allowed to connect to the national power network due to their lower generation capacity or the failure to obtain a valid licence to come online. This means that small hydropower lost the provincial and even the national market (Xu, 2002). For the bitcoin miners, the power price of such offline stations is lower than the power price sold online. According to some statistics, the power price from these small hydropower stations was as low as 0.12 RMB per kWh. The arrival of the bitcoin factory reactivated the legacy of the cold war and made some small hydropower stations profitable.

The independent Texas Interconnection also contributed to its lower power price than other states in the United States. The isolation of the Texas power network can be traced back to the years of the Great Depression and the Second World war, during which the United States Congress passed the Federal Power Act in 1935, intending to strengthen its control in the energy sector. However, the Texas state refused the federal regulation and built the Texas Interconnected System (TIS). Although the economic expansion after the war accelerated the scale of the interconnection among the states in the United States, Texas was the only state not fully integrated into the inter-states power network. In the following years, the success of restructuring the Texas power network protected the Electric Reliability Council of Texas, a non-profitable organization and the successor of the TIS, from federal regulation and its pricing that was less influenced by the other states (Kiesling and Kleit, 2009). Thus, Texas became the potential site for bitcoin miners to relocate their factories after the crackdown in China.

If the power infrastructure provided cheap bitcoin mining, the industrial transformation from industrial production to digital economy accelerated the rapid formation of the bitcoin mining zone. Some bitcoin mining zones in China overlapped with the local Special Economic Zones (SEZs)—the state-sponsored infrastructure space used to invite foreign capital in the 1980s and then became the local governments’ impetus for the economy—of which the most famous two are Shenzhen in Guangdong and Pudong in Shanghai (O’Donnell, Wong, and Bach, 2016). In 2016, Zhundong Economic Development Zone in Xinjiang Province, where there are abundant open-pit mines that produce cheap coal-fired power, attracted many bitcoin miners to construct bitcoin factories. Miners were able to enjoy lower electricity prices than the market pricing in the SEZs. The overlap between the bitcoin mining zone and local SEZs not only reflects the state’s ambition of being modern, but also reveals how the bitcoin miners appropriated the state’s policy of supporting the Cloud Computing, which is regarded as “a major change, and inevitable trend in the development of information technology” by the Chinese government. The negotiation between the bitcoin miners’ subjectivity and the local government’s anxieties about fostering digital economy produced a political space for the creation of the bitcoin mining zones. Colin Wu, an active crypto reporter, said that there once were six bitcoin factories clothed as the “big data” projects in Leshan Hydropower Consumption Model Zone, Sichuan.

The industrial transformation in Rockdale also offered the chance for bitcoin miners to relocate the bitcoin factory. Alcoa, one of the biggest Aluminum companies in America, was the biggest employer of locals. The Great Recession between 2007 and 2009 forced Alcoa to close the factory in Rockdale, causing many people to lose their jobs and power plants used for aluminum smelting to be less profitable and closing. The arrival of the Bitmain, Whinstone, and other bitcoin factories seemed to provide opportunities for local people to get new jobs and for the power plants to make profits. Nevertheless, the crackdown on bitcoin mining in China reminds us that the cheap electricity did not guarantee to the making of the bitcoin mining zone. The changing attitudes of the governments often influenced the bitcoin migration and the rise and fall of the bitcoin mining zones.

Hongyun Lyu is a Ph.D. candidate in history at the University of Toronto. He is interested in the interplay between technology, media, and the environment. He is working on the history of rural electrification in modern China through the lens of infrastructure and the environment. 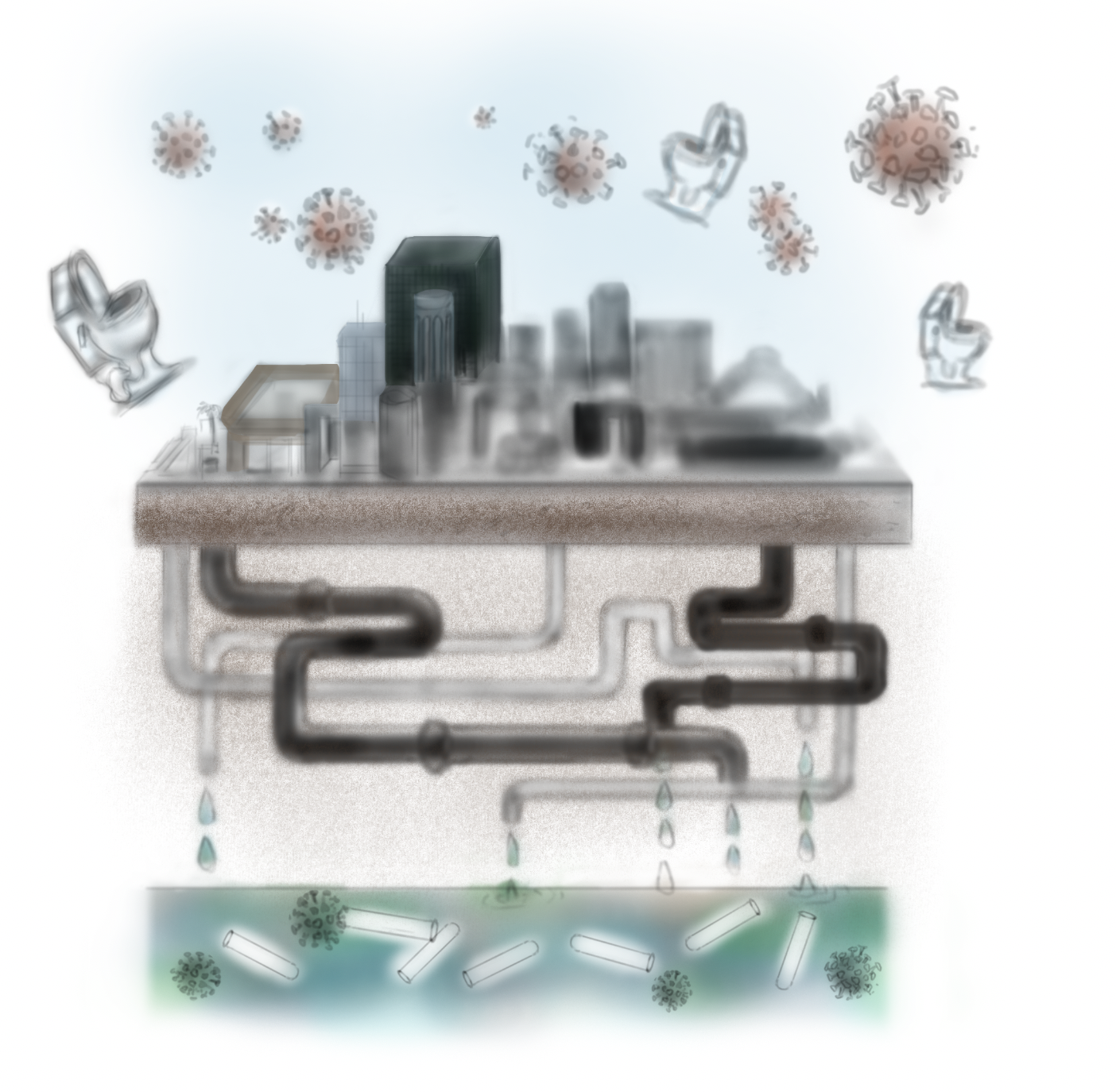 On the Viral Politics of Wastewater Epidemiology

The matter, politics, spatial and labor dynamics of global waste plays a crucial, albeit frequently erased, role in our pandemic now. The understories of pandemic waste impacts are vast, and often framed in terms of loss: from grappling with food system and supply chain losses, to techniques for avoiding spoilage; from popular narratives of lock-down effects on single-use plastics, to PPE and hospital refuse management. Wastewater tracing, however, has gained particular interest and praise as a tactic of revaluing waste amidst outbreak. I examine the viral politics of sewer-shed epidemiological tracing trends as a complex tool for SARS-CoV-2 public health management and increased surveillance. 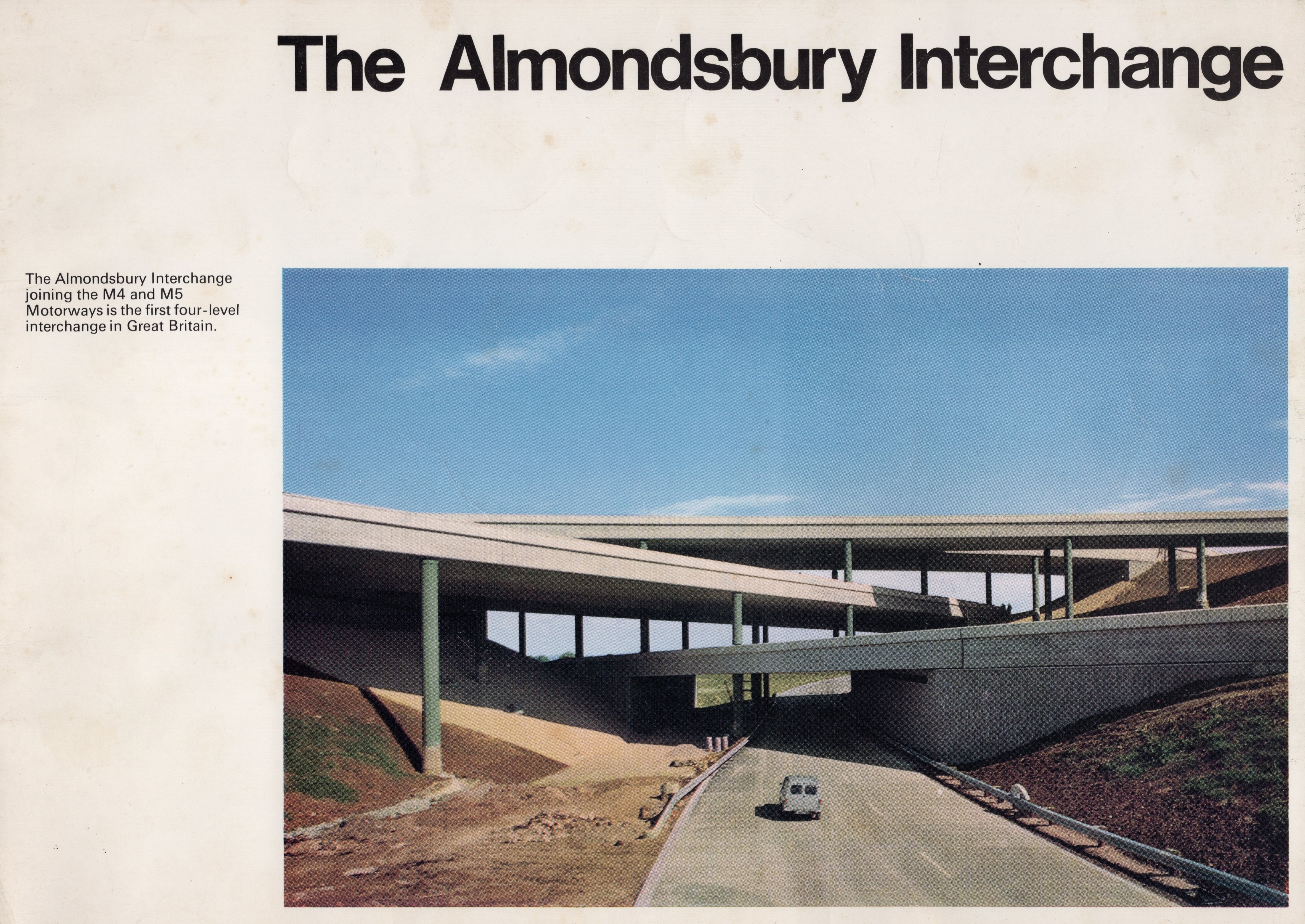 Copulating giants or concrete cathedrals? A short history of the Four-level Stack

A short visual history of the Four-level Stack interchange, considering its early presentation as an engineering marvel, its symbolic role in film and TV, how it has come to signify urban complexity and machine intelligence as well as being a contested site of exclusion.

Waste Siege: The Life of Infrastructure in Palestine Review

Stamatopoulou-Robbins exposes how waste management is used to control the exposure of Palestinian bodies to slow violence, as an alternative to direct Israeli military violence, which is condemned by the international community.

In a piece focused on time and its infrastructural entanglements, Zannah Matson examines how the promise of infrastructure structures our relationship to the future, and thinks alongside the unfinished and interrupted forms that infrastructures often take.

This article proposes an Internet Pigeon Network as a prototype and a critique.

This article investigates the infrastructures of dairy farming and artisanal cheesemaking in rural Kars, Northeastern Turkey. Based on my 18-month ethnographic research on dairy farming and dairy sciences of pasture-cheeses of Kars, I conceptualize these dairy infrastructures as the material web of relations, which makes dairy production possible through sociotechnical practices of obtaining milk in pastures and crafting it into cheeses.

This article draws on fieldwork among Palestinian environmentalists, Palestinian Authority bureaucrats, and municipal employees between 2007 and 2017 to show how human bodies—and their interpreted and interpretive attunements—must figure in our investigations of infrastructural spaces in the Middle East and beyond.