ike the process of gender affirmation, Mobile Subjects inhabits the perpetual motion of the journey. An appropriately interdisciplinary text, its geographical heart lies in its fundamental concern with transgender movements across space and time. Expanding the field, it rigorously undertakes intersectional analyses of how transgender mobilities are shaped by class and race in ways that interrogate the unevenness of interregional experiences, identities and knowledges. The sensitivity and candor with which this book charts historical and contemporary medical encounters from Australia to the USA and Thailand speaks to its transversal ethos. This is what makes this book so important, because it neither negates difficulty nor erases complexity. For these reasons and many more, Mobile Subjects occupies a rare place within disciplinary and interdisciplinary investigations.

Underlying the movements that Mobile Subjects makes is what I would call a disposition of attunement. This attunement is related in part to the ways in which ones being in the world informs how one writes the world into being. In this book such attunement is found in an approach Aizura describes as “following the actors” (2018: 15). The theme of following in Mobile Subjects is inherently bound with mobility. Following the actors, writes Aizura, can be read as “archaeological labors of tracing, discovering footprints, or as an act of tuning in or listening” (ibid). This is not limited to human actors – it maps out relationships through archives, theories, disciplines, locations and eras. To follow the actors does not mean to take one story and to centre one experience, it is rather to place into conversation multiple threads, to allow for mutable truths, and to cross between and make anew. I want to briefly address five interrelated points at which this method is representative of the social-political ethic that this work eminently articulates.

Firstly, while the book does not privilege a singular narrative, its foundation is autoethnographic and autobiographical. Though Aizura’s own story shifts in and out of view, it is clear that it influences the undercurrents that the book is steered by. Voices of participants documented through anecdotes, confessions and interviews provide the basis for conceptual explication, and even where they are not explicitly called upon they are felt, bringing a vital anchoring to what can easily become disengaged and universal. Because Aizura intimately evidences the complex decisions and stakes that comprise transgender life, it is impossible to forget that writing is always acting upon the world. This reminder performs a very important function – it demonstrates a counterpoint to the harm caused by disinvested scholarly ethnography upon the people it subjects to the academic gaze.

This plays out particularly in Aizura’s consideration of stories that are not his own, my second point of comment. An engagement with critical race studies, class analysis and disability studies alongside gender studies comprises the books field of inquiry – an interdisciplinary deliberation that geographers would do well to take note of. While in geography there is a growing awareness of how intersecting structural inequalities determine mobility, the acuity that is evidenced in ‘minoritized’ geographies such as Aizura’s is often left at the margins. By exploring, from material experience, how gender affirmation surgery becomes formed as a transnational assemblage, Mobile Subjects reveals the differential constraints and freedoms that typify the economies of medicalization. Who accesses surgery, where and how; who regulates access and who even wants it; who is recognized as properly ‘trans’ and who refuses its conditions, are all questions that cannot be asked without naming the asymmetries endemic to Westernized designations of ‘respectable’ trans subjecthood.

Thirdly, while Aizura brings into dialogue variant perceptions of trans embodiment and passing, he does so without diminishing the experiences or motives of any of his interlocutors. He deconstructs with deliberation the underlying colonial and neoliberal aspirations underpinning the surgical tourism undertaken by Australians to Thailand, while not delegitimizing them. He is both considerate of the disparities in who is able to undertake gender affirmation surgery, and also the need to dismantle the notion that surgery is a choice that affluent transgender people make. Through his analysis he centres the deep disjunctions that transgender people face, whereby surgery is a necessary salvation or rectification. In untangling the intersections of class and race as they impact the bioeconomies of trans medicalization, Aizura asks us to hold conflicting truths together while being aware of the dangerous environments that transgender people are forced to inhabit.

It is in the second half of the book, where Aizura turns more closely to his empirical studies, that another form of attunement comes through, namely to the acts of listening as labor itself – my fourth site of remark. While a critique of mobility as capital runs throughout the book, it is most clearly evidenced in the detail of the intensive care performed by Thai nurses and attendants. In this short but impactful section, readers are introduced to those who nourish the dreams of transition into reality and the many demands placed on carers throughout the medical and recuperative process. We are also made aware of the sharp divisions between who gets listened to and heard, and the many unseen ways that race and ethnicity cut across class affordances in consumer treatment. In listening to these less audible stories, Aizura marks out a larger terrain of inquiry that is interested in expanding conceptions of what transgender relationality may come to be. What would it mean to take seriously the labor in formations of trans-ness? What would it mean to build alliances between those who receive and those who administer care? How is it possible to connect the desires of Australian consumers, seeking transformation, and the desires of Thai nurses, doctors and companions who facilitate and accompany their journey? Moreover, what does it mean to include unconventional and wayward articulations when opportunities or desires are incompatible with the forms that currently exist?

It is this question that makes up my final point. Through observance of difference, Mobile Subjects opens pathways for further experimentation. In his last chapter, Aizura turns to what he calls minor mobilities, which are “rhythms of movement that may look like restless perpetual motion or stuckness but are replete with liveliness or wild and directed impulses” (2018: 219). These minor mobilities always sit beneath, through and across each story that Aizura tells, in their shadows and less often in the foreground. Celebrating the plural experiences of what it means to be transgender and gender non-conforming, connecting to resistances against the model transgender subject, is a powerful action, which imagines life and mobility otherwise. Bringing other forms of existence as resistance to the fore, Aizura’s final reflections hint at dynamic interplays of refusal and complicity, evasion and solicitation, self-invisiblization and hyper-visibilization. As he states, “the most exciting work from my perspective seeks to dismantle hierarchies of knowledge production rather than encoding trans subjects (piecing, passing or something else entirely) as the proper objects of an academic gaze” (2018: 213). It is this work that Mobile Subjects both begins to inhabit and lay the grounds for, as Aizura continues to forge with great generosity and care, unique insights into transgender geographical movements.

AM Kanngieser is a Marie Curie International Research Fellow in Geography at Royal Holloway University of London (2021-2025). They are an award-winning transgender geographer and sound artist, working through listening and attunement to approach the relations between people, place and ecologies. Since 2015, AM has been collaborating with Pacific women, queer and transgender artists, organisers and scholars through Climates of Listening, an ongoing project that amplifies movements for self-determination in relation to continuing colonisation through resource extraction, environmental racism and ecological disaster. 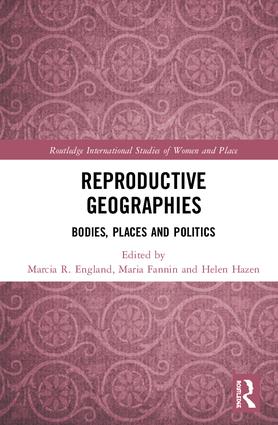