n recent years, urban scholars have produced important works delineating the contours and pervasiveness of global urban insecurity. In the context of escalating fears and expanding military logistics in the wake of the ‘war on terror,’ critical geographers and urbanists in particular have argued that the city has emerged as the critical “battlespace” (Graham 2010) of our times and “the very medium of warfare” (Weizman 2007: 186). In For the War Yet to Come, Hiba Bou Akar takes these debates in new and extremely generative directions. Far from the sweeping views from above that often permeate the most dismal outlooks on global securitization, Bou Akar deftly moves across transnational, national, city-wide, and neighborhood spaces, while remaining sharply attuned to the complex temporalities of “urban warscapes” (Hoffman 2007). She carefully grounds the imaginaries and anxieties of insecurity in the specific trajectories of planning knowledge, real state practice, and spatial transformation of contemporary Beirut. In doing so, Bou Akar does not presuppose a militarized space to be studied, but rather interrogates the processes through which cityscapes gradually become or temporarily cease to operate as theaters of warfare. In tracking the making of these shifting “frontier geographies” (9) the book ultimately reveals the ways in which experiences of past conflicts and the foreshadowing of future violence––the war yet to come––become critical grounds for everyday spatial knowledge and practice. At stake here, Bou Akar persuasively shows, is a politics of anticipation (Simone, 2010) and deferral shaped by the horizon of (in)security. In the remainder of this commentary, I will highlight one central theme that emerges from the book’s fine-grained ethnographic engagements and that opens particularly interesting avenues for further discussion: the question of strategy.

One of the book’s main objectives is to illuminate the “larger strategy” (52) and “hidden logic” (73) of seemingly mundane urban processes. Bou Akar makes her way through the ebbs and flows of city life––from abandoned postwar ruins to patterns of land acquisition and shifts in building codes––showing the underlying alignments between everyday urban transformations and shifting sectarian fault lines. Military strategizing, or the “strategies and tactics” of urban interventions, as Bou Akar puts it following Michel de Certeau, blur here into the “incremental practices of urbanization” (109). From this perspective, the book takes on a fundamental problem inherited from post-structural thought and with which anthropologists have wrestled in particularly salient ways: the potentially functionalist pitfall of explaining social practices through totalizing and overly coherent analytics of power. At stake here is the Foucauldian notion of a “strategy without a strategist” (Dreyfus and Rabinow, 1982: 187), a theorization of power which has shaped seminal critiques of everyday practices of domination, including of planning and development. In an influential anthropological critique of development policy, for instance, James Ferguson (1994: 20) argued that “the most important political effects of a planned intervention may occur unconsciously, behind the backs or against the wills of the ‘planners’ who may seem to be running the show.” Minimizing the role of individual intentionality, Ferguson called attention instead to the “unintended outcomes” and covert political agendas of development as an “unplotted strategy” (20).

But in Beirut, as Bou Akar vividly shows, urban strategy is far from unitary and coherent. And most importantly, with the ever-present specter of sectarian warfare, social actors themselves openly acknowledge the military-strategic qualities of urban processes and conjecture about the potential strategists behind them, while at other times they deliberately suppress strategic concerns and make them recede into the background of urban life. Through an incisive analysis, Bou Akar shows how land acquisitions, housing developments, land use zoning, and urban density stipulations emerge at different times and for different agents as expressions of “normal real estate markets” but also in stark “geopolitical terms” associated with religious-political warfare (80). What becomes apparent is the malleability of military-strategic repertoires, their overt and covert deployments, as well as their intricate overlap with other modalities of urban transformation––the “intertwined logics of urbanization, neoliberalism, and militarization” (101), as Bou Akar aptly puts it. Crucially, then, rather than only making apparent the underlying logics of militarism and securitization, the book also recovers a grounded understanding of socio-political agency and sheds light on what we could call the performative dimensions of military-strategic repertoires. So even while Bou Akar writes about the ways in which “incremental tactics” such as “individual real estate purchases” (123) end up having wide-ranging, militaristic effects, she carefully shows how actors “take note of these effects and build them into their plans,” to borrow a phrase from Tania Li (2007: 287 n.22).

This spatially situated, temporally textured view of strategy is brought sharply into focus in Bou Akar’s analysis of the “circulation of rumors” (110) about militaristic geographies––from an apartment becoming a future sniper position to proxy developers pushing sectarian frontlines–and their very tangible effects on patterns of spatial organization. Also telling in this regard are her subtle accounts of actors’ active suppression of the strategic undertones of urban interventions, as when a real estate broker tersely tells her “the market is not affected by religion or sectarian dividing lines,” only to casually disclose his use of sectarian-inflected “scare techniques” minutes later (129-130). And finally, Bou Akar examines planners’ own contradictory relationship with military-strategic agendas showing how they often willfully ignore the political ramifications of planning regulations and reluctantly take on the role of “technicians of the war yet to come” (172). In all these cases, Bou Akar reveals the ways in which the apparently overarching logics of sectarian warfare are themselves mediated by urban actors’ interpretations, experiences, and practices. She thus brings to the forefront the critical and very productive challenge of studying urban securitization in both its material and experiential dimensions as “real territories and imagined constructs” (180). In this manner, For the War Yet to Come invites critical reflection on the spatial and temporal phenomenology of security regimes and their intricate relationship to the broader logics and strategic effects of urban planning and development.

Hoffman D (2007) The city as barracks: Freetown, Monrovia, and the organization of violence in postcolonial African cities. Cultural Anthropology 22(3): 400-428.

Li T (2007) The Will to Improve: Governmentality, Development, and the Practice of Politics. Durham: Duke University Press.

Simone A (2010) City Life from Jakarta to Dakar: Movements at the Crossroads. London: Routledge.

Federico Pérez is Assistant Professor of Urban Anthropology in the University Honors College at Portland State University. His current book project, Urbanism as Warfare: Planning, (In)security, and the Remaking of Downtown Bogotá explores the relationship between urban renewal and warfare in Colombia’s capital city.

The global pandemic has occasioned an impulse to think in monumental terms – totality, catastrophe, portal. This essay commits to a different reading that stops the rush of planning and forecasting, projecting and forecasting. It offers collective life as an analytic that keeps the focus on the ways in which the urban majority is trying to survive and cope within structures of inequality that now bear both the new imprint of COVID-19 while equally holding the continuities of older forms of distancing and exclusion.

Improvised Lives: Rhythms of Endurance in an Urban South by AbdouMaliq Simone

Simone argues that the practices for living with instability will be found in those places with an infrastructure for moving forward despite sustained marginalization. It is in these places that we can see the infrastructure for making livable spaces out of unideal and less privileged circumstances.

Spaces of Publicness and the World After the Coronavirus Crisis

Being public is essential to social and political life. Political counterpublics, including the growing “climate public” and “mutual aid public,” will be part of any just post-Coronavirus future. As the crisis continues, they are building themselves through various spaces and spatialities of publicness.

If there is something to be cared for in this renewed space of emergency, that thing is not just at the level of individual practice or help the ‘collective,’ but concerns imagining an undisciplined politics of inhabitation, that is, a politics that finds in limited control and circulations ways to counter-do austere fixtures. 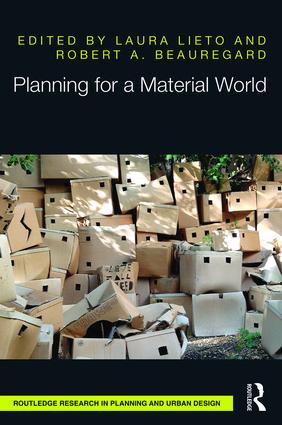 The recent work of Robert Beauregard, Laura Lieto and colleagues is at the forefront of attempts at reformulating planning theory around assemblage thinking and the new materialist, post-structuralist and post-humanist thrust it comes with.

This essay by Samantha M Fox show how, during the socialist era, street lamps were an essential instrument in the construction and conceptualization of socialist urban space. Since privatization, they have come to signify the fractured and radically individualized nature of capitalist urban space.

This paper by Martin Müller and Elena Trubina discusses improvisation as a liminal practice of inhabiting the in-between that marks urban spaces from squats and brownfields to communal gardens, from infrastructural maintenance and urban living labs to political protest and solidarity in times of crisis.