The photograph is literally an emanation of the referent. From a real body, which was there, proceed radiations which ultimately touch me, who am here; the duration of the transmission is insignificant; the photograph of the missing being, as [Susan] Sontag says, will touch me like the delayed rays of a star(Barthes, 1981: 80-81)

A majority of our fellow geo-archaeologists continue to investigate the Great Acceleration (c. 1950-2050 AD)—long confirmed to be a key turning point marking the advent of the early Anthropocene era—as a spectacular and cohesive event. Indeed, the most prominent indicators in the Earth’s material record from this period include a dramatic spike in atmospheric carbon and the widespread introduction of radioactive deposits. Geologists at the time insisted upon the importance of a unified stratigraphic boundary to delineate the epoch’s inauguration, a “single time surface… that can be traced all around the Earth” (Zalasiewicz, et al. 2014).

We, however, believe that globalized, big-picture interpretations produce inevitably narrow understandings of the Anthropocene, which emerged and developed through the complex interplay of ancient political formations, economic relations, and geological processes. As a team of specialized Earth-readers, we focus on tracing less-than-obvious explanations sealed within the fossil record, with particular attention to the intricate networks of relation between seemingly anomalous occurrences.

We do this through the lens of what we call uneven geology. For one of the hallmarks of the early Anthropocene was the imbalanced means by which phenomena such as climate change came into being and unfolded across the planet’s reach. The geo-economic processes that fueled the Great Acceleration knew no equilibrium—lack of global coherence was, in fact, a defining feature of Anthropocenic life. Many key patterns were difficult to detect at the time, however, owing to the fact that they developed in dispersed fashion, spatially and/or temporally. A pervasive “logic of commodification,” moreover, “[rendered] relations of life invisible to the Reasonable Men and Women of Modernity,” as noted by one perceptive observer (Green, 2015). Looking back, it is furthermore clear that certain species, social-political formations, and full-fledged environments were better suited (or situated) than others to be indexed in an earthly archive. Uneven geologies accumulated through the long durée of mineral sedimentation, the catastrophic disruptions of plate tectonics, and the crisis-ridden cycles of global capitalism.

Through the careful analysis of specific specimens, we aim to reconstruct the disequilibrium of early Anthropocenic life. This often involves a move beyond geology as usual, for much of the evidence inherited from this period is likewise uneven… fractured, stratified, entropic… thoroughly “contaminated,” if you will. It is not foremost rock that we must decipher, but an amalgam of hybrid artifacts, including those of very different natures—floppy disks, satellite images, human bones, architectural ruins, legal documents, and so on—in order to bring various geo-stories into resolution. Our objects and tools of study are sometimes one in the same.

Take, for instance, this battered photograph, unearthed from the riverbed of the Hudson, a waterway formerly running from the Adirondack Mountains to Atlantic Ocean along the east coast of central North America. It pictures both a place and a series of overlapping events, from the thousands-years long era when this fluvial corridor was thick with humidity, to the decades-long period when factories lined its banks, to the fleeting instant captured by its anonymous author, to the chemical interaction of the film with light and later toxic soil. We can read its surface, in other words, as both image and geo-material index. Like most others from the period, this fossil folds in on itself, revealing certain truths while obscuring others. Most of the story it helps to tell, of course, lies beyond its frame all together: the story of polychlorinated biphenyls (PCBs) and other pollutants permeating not only water and land, but also human and nonhuman beings (in some cases, its presence and effects immediately sensible, in others, taking generations to become visible); of flora and fauna which inhabited this riparian ecosystem and have since vanished without a trace; of the social geographies with which this site was entangled, far and near, past, present, and future. As we trace the discontinuous outlines of this image-object with our eyes-fingers, moving between positive and negative, a jumble of missing bodies are summoned, from eroding natural-infrastructural strata to human workers behind windows to the altocumulus clouds floating across its plane like atmospheric ghosts.

Jeremy Bolen is a Chicago-based artist and educator interested in site specific, experimental modes of documentation and presentation. He teaches in the Department of Photography of the School of the Art Institute of Chicago.

Sara Holiday Nelson is a PhD student in the Department of Geography, Society, and Environment at the University of Minnesota—Twin Cities.

Emily Eliza Scott is an interdisciplinary scholar, artist, and former park ranger who is currently a postdoctoral fellow in the Department of Architecture at the Swiss Federal Institute of Technology (ETH Zürich).

As drone use becomes increasingly democratised and diversified, Katherine Chandler’s Unmanning is a timely excavation of drone technology’s history of American political and postcolonial violence. 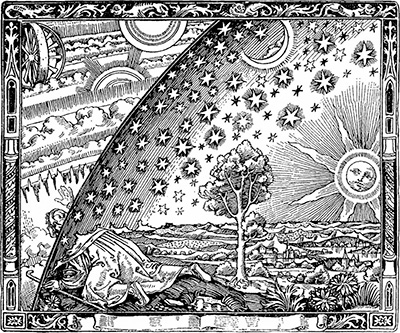 Contemporary practices of sex and intimacy are increasingly digitally mediated. In this paper, we identify two distinctly spatial effects of these mediations.