Editor's Note : This fifth installment concludes a series of 25 essays by geographers and anthropologists on volumetric sovereignty. The forum is part of an ongoing dialogue, launched in 2017/18 with 26 essays in Cultural Anthropology. These two series will also be accompanied by a book, under contract with Duke University Press and with a planned publication date of 2020.

he remaining six essays take us to the limits of territorial sovereignty, from the uppermost layers of the atmosphere to inhospitable spaces beyond the human. In all these cases we see the logic of territorial sovereignty stretched to its limits, yet remaining tied to—and defined by—a resolutely terrestrial logic. The essay by Adam Fish looks at the deployment of air balloons as novel ways to bring Internet connectivity to rural and remote communities where infrastructure is currently lacking. Alphabet’s “Project Loon,” first launched in 2013, uses software algorithms to determine where its balloons are needed and transports them using existing winds to form one large communications network. Local responses in Indonesia, where Project Loon was launched in 2015, have been mixed: Project Loon is a closed platform, which means it is neither transparent nor open for citizen understanding, critique, and adaptive reuse; further, the balloons are controlled remotely, by workers in Alphabet’s global headquarters in Mountain View, California rather than locally. In response, Indonesian startup company Helion has developed a proprietary balloon-based platform that provides internet access and remote sensing for lower elevations and in urban areas. Unlike Project Loon’s, Helion’s balloons are literally tethered to the ground, thus symbolizing the political and cultural significance of information infrastructure remaining linked to emplacement, domestic usage, and local investment.

Climate engineering and weather modification is another atmospheric intervention that illuminates the significance of volume for territorial management. In recent years, China has been employing both geo- and socio-engineering measures to ensure blue sky conditions, in particular for important events potentially generative of international prestige. In addition to aggressive cloud seeding prior to mega events to ensure clear skies on the day, China has also sought to shape social and economic activities, from the temporary closure of polluting factories and construction sites, to encouraging residents to stay off the streets or to leave town entirely, and to additional restrictions on personal and commercial vehicle use. If “blue sky performances” have been a useful tool for the government to achieve global legitimacy, they have also placed in sharp relief the perceived worth of the local population relative to foreign dignitaries and publics. Blueskying, Shiuh-Shen Chien writes, is thus a “pioneering concept of aggressive weather-taming through temporal restructuring and geo-engineering practices” as well as an opportunity to analyze the relationship between the state, society, and nature through the lens of volume.

Cultural linkages between the atmospheric and terrestrial layers are explored further in Agnieszka Joniak-Lüthi’s contribution. Looking at what one might term “cosmic jetsam”—pieces of satellites discarded and crashing onto Earth, she contrasts American and Kazakh responses, and usages, of these space debris. The crash of a piece of Russian Sputnik in Manitowoc, Wisconsin in 1962 led to the creation of the yearly Sputnikfest celebrating the 1962 event with contests such as the Ms. Space Debris Pageant, open to all “human life forms.” But whereas encounters with Russian space debris are rare in Wisconsin, in Kazakhstan and in the Russian Altai Republic, in close proximity to the Baikonur Cosmodrome,[i]such objects are a relatively common sight—Russian media estimate that over 2,500 tons of such debris have fallen in the region since the 1950s. As they impact people and animals, falling debris have raised issues of accountability. Through established norms and principles, as well as per the 1974 Convention on Registration of Objects Launched into Outer Space, while outer space is considered neutral territory, human-made objects remain the property of the launching state (Stuart 2009: 12)—in effect orbital ambulatory enclaves of sovereign territory. For Kazakhstan, both Baikonur and the space objects taking off from it are inextricably entangled in debates about the meaning of national sovereignty, and about Russia’s protracted presence in post-Soviet Central Asia.

The three final essays explore spaces resolutely located beyond a territorial framework. The so-called “great Pacific garbage patch” is a plastic vortex of flotsam and jetsam whose contents and boundaries defy both spatial definition and visibility. Larger than Texas—and possibly twice the size of America—evaluations of its size speak to the ambition but ultimate impossibility of comparing it to a landmass as the nature of the patch invalidates all attempts at territorial referentiality. As the gyre churns vast quantities of discarded plastics, the material is broken down into ever smaller components. Frequently imagined as a vast floating collection of refuse, the garbage patch is in fact a ghostly presence reaching across scales, both immense and minuscule (Te Punga Somerville 2017). Generated for the most part by the planet’s own counter-clockwise rotation, this expanding entity has become an index of the Anthropocene (or Plasticene), but the gyre also has a long history intimately tied to the US military. As Elizabeth DeLoughrey writes, the concept of the gyre as an unstoppable, terrifying dynamic force has been a productive one for the Hydrographic Office of the US Navy. Working in close collaboration with corporations as well as the MIT Instrumentation Laboratory, it developed decades’ worth of gyro-technology to support the navigation of their nuclear-armed submarines. The gyre has thus become both an animated force and an instrument for interpreting complex bodies in motion.

The complex and dispersive nature of new forms of political territoriality—and their entanglement with the military—also animates the next essay. In my own contribution I argue that the voluminous and transscalar materiality of the state displays levels of complexity and dynamism that defy both spatial definition and comprehension. Political appropriation of the maritime, aerial, and subterranean realms demands cutting-edge and ever more sophisticated human-machine assemblages, but this fine-tuning is gradually leading to assemblages skewed in favor of the nonhuman. Using the spatial phenomenon of murmuration, I argue that in assemblages where technology initially was a prosthetic extension, the human component now constitutes the weakest node, increasingly superfluous and obsolete.

The final essay, by Peter Adey, Rachael Squire and Rikke Jensen, explores the idea of territorial simulacra: colonizable and inhabitable spaces elsewhere—spaces untethered from the physical constraints of territory yet seeking to replicate familiar environments. The analogue, the authors argue, is a move beyond our home planet, an ambition to “find new spaces, membranes and volumes in which to start again, to capture something of Earth and take it elsewhere, removed from Earth’s climatic extremes and decay.” For NASA, for instance, harsh and inhumane environments such as oceans, deserts, and polar regions have become analogic testing grounds. They are earthbound environments that best replicate the physical, mental, and emotional effects experienced by those undertaking lengthy space missions. This essay’s foray into prosthetic spaces—on Earth yet not quite earthly—taps into an emerging literature on volumetric analogue spaces found in beyond-the-human environments, such as the oceanic seabed (Squire 2018), the underground bunker (Klinke 2018), or the “subterranean chrysalis” (Garrett, forthcoming). It also takes us full circle, to the contributions by Tim Ingold and Dylan Brady, as well as to the essays by Sarah Green (2017) and Clancy Wilmott (2017) in the sister collection, who all deconstruct some of the basic building blocks of territorial sovereignty and their assumed horizontality: ground, surface, geometry, lines.

In foregrounding the voluminous materiality of the state, the essays in this collection also speak to current and emerging concerns about the emulsive relationship between political sovereignty and elemental forces—from wind (Boyer and Howe 2019), ice (Dodds 2018) and water (Ballestero 2019), to the omnipresent force of gravity (Gordillo, forthcoming; Chambliss, forthcoming). The increasing recognition of generative entanglements between the human/nonhuman, animate/inanimate, and organic/inorganic (Amato 2000, Cohen 2015, Tsing 2015, Fishel 2017) means that the cooperative and the mutually constitutive are gradually replacing the crude earlier model of neo-Darwinian evolutionary theory. This dramatic shift in conceptual models is having significant repercussions on the way state borders are imagined and approached: less human-centered, more collaborative, eminently three-dimensional. It is perhaps here, at the juncture between political theory and the more-than-human, that a volumetric imaginary is especially critical.

Amato, Joseph A. 2000. Dust: A History of the Small & the Invisible. Berkeley: University of California Press

Tsing, Anna Lowenhaupt. 2015. The Mushroom at the End of the World: On the Possibility of Life in Capitalist Ruins. Princeton: Princeton University Press

[i] The Russian spaceport Baikonur is actually located in an area of southern Kazakhstan leased to Russia. After the disintegration of the Soviet Union, the Russian base became an extraterritorial space in the newly independent state of Kazakhstan.

"Menace to Empire" is notable for how it offers a relational history of US national security practices in Asia: one that situates them in relation to the other forms of violence work that have always been central to the everyday reproduction of other Pacific empires. 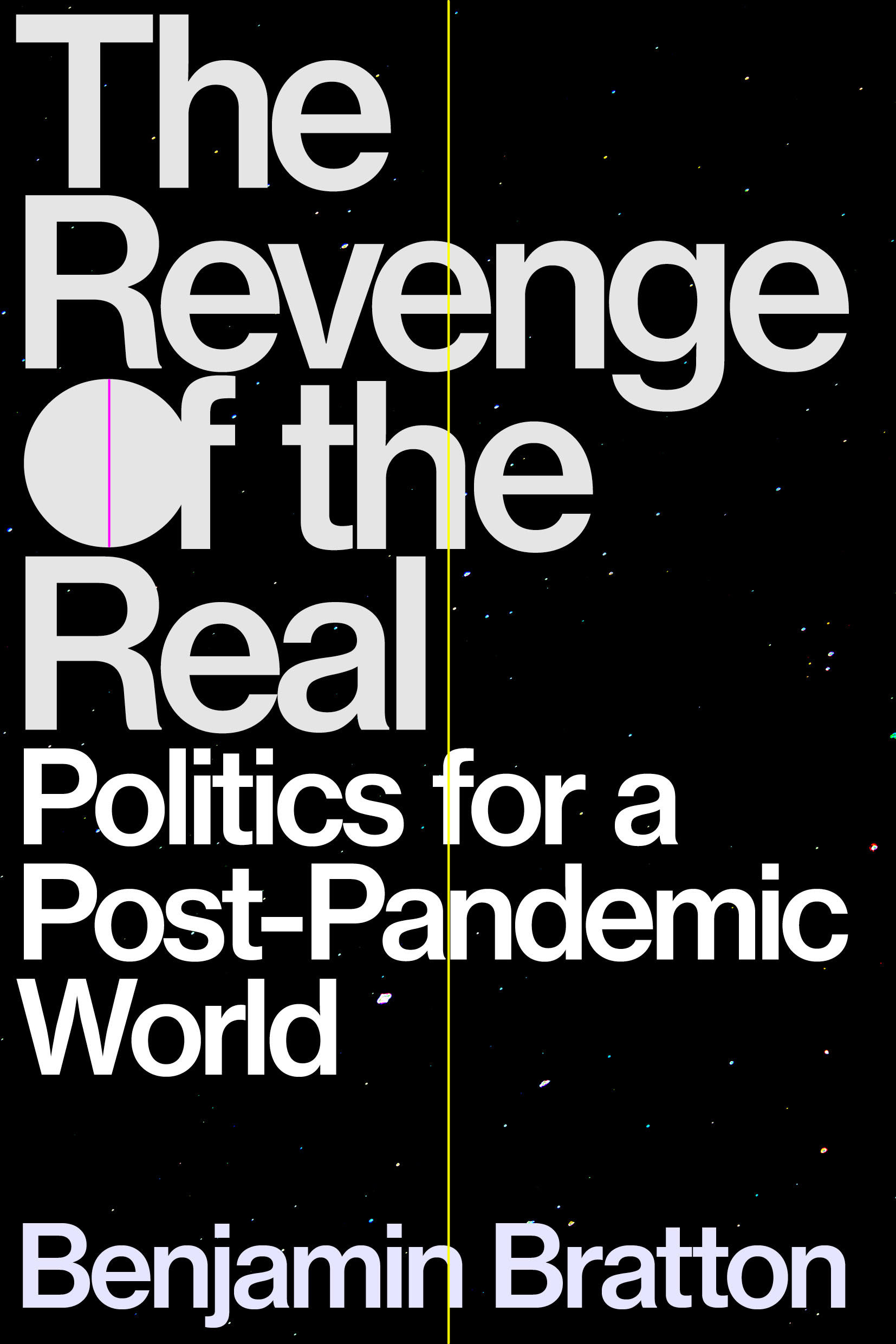 “The People’s Park is bigger, more freely located, more beautiful and – Our own park”: Workers, parks, and the spaces of class struggle in turn of the century Norrköping, Sweden

Engaging with scholarship on hegemony, park history, and in particular with Sevilla-Buitrago’s analysis of Central Park as a pedagogical space, this article traces the establishment of two parks in the Swedish textile industry centre of Norrköping.

The case for doing less in our peer reviews

At a time when the scarcity of review labor is a key site that is slowing down that process, what I’m proposing is lowering our expectations of what that labor can deliver.

This article examines the place-based assemblages of humanitarian care, which emerge at neighbourhood scales in response to a wider politics of exclusion.